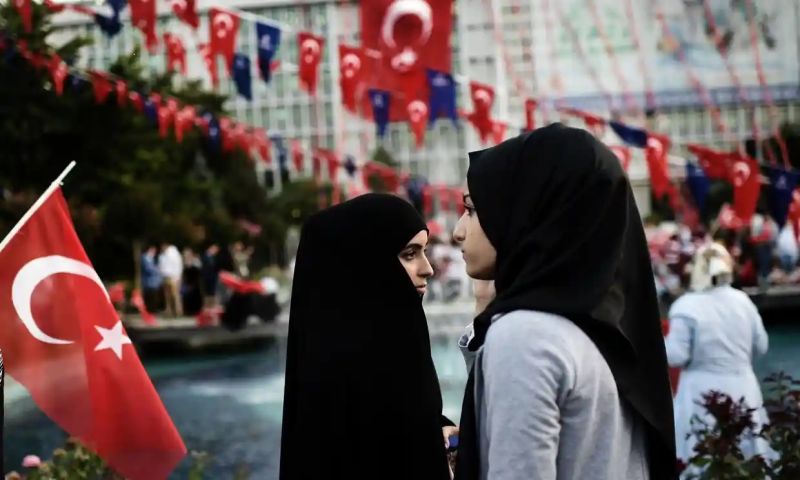 The animosity towards Muslims and the plan of the West to annihilate Islam is clear and conspicuous. It takes one innocent to witness the attack of the western media and the reactions on social media about Islam. There is an extraordinary focus of the West on Muslim women, indeed.

To begin with, the West has adopted a Marxist and materialist ideology, so their primary concern is not to care about others, but how to expand their power and maintain the occupation of the world. Therefore, whatever we hear and see about Muslims women, the western secularists react not because they really care about them or because they are motivated by some moral principles. They are the enemy, in this case, the enemy of Islam and Muslims, so they are going to use whatever strategy at their disposal to push ahead their occupying agendas. In other words, the western secularists are not motivated by any moral ideology when they react for Muslim women, but purely for expansion of their power and their secularist religion. This is very important to underline and keep in mind all the time.

Moreover, the western secularists are hypocrites are liars. It is more than intuitive and axiomatic to know that every society has rules, laws, regulations, taboos, ethics, behaviors that are encouraged and those that are frowned upon. No sane person would deny this. Even when it comes to the dress code, every society, including the West, has its own codes and expectations.

The western hypocrites want to convince Muslim women that they are oppressed by covering their bodies. Their viciousness does not stop there. Hypocritically, they tell them to come to the West and enjoy freedom and liberty. They don’t do so because they care about Muslim women, but as war strategy against Muslims.

The West is not free as those hypocrites try to present or portray it. The West has rules and laws, including dress codes. If such immoral hypocrites really believe in the absence of rules for a dress code, why would they care what Muslim women wear? On the contrary, they want to impose their own dress code on Muslim women, that is, promiscuity, as a strategy of maintaining their power. It is all about power.

I have one simple message for the corrupt western secularists: free your societies from spies first, then think of Muslim women.