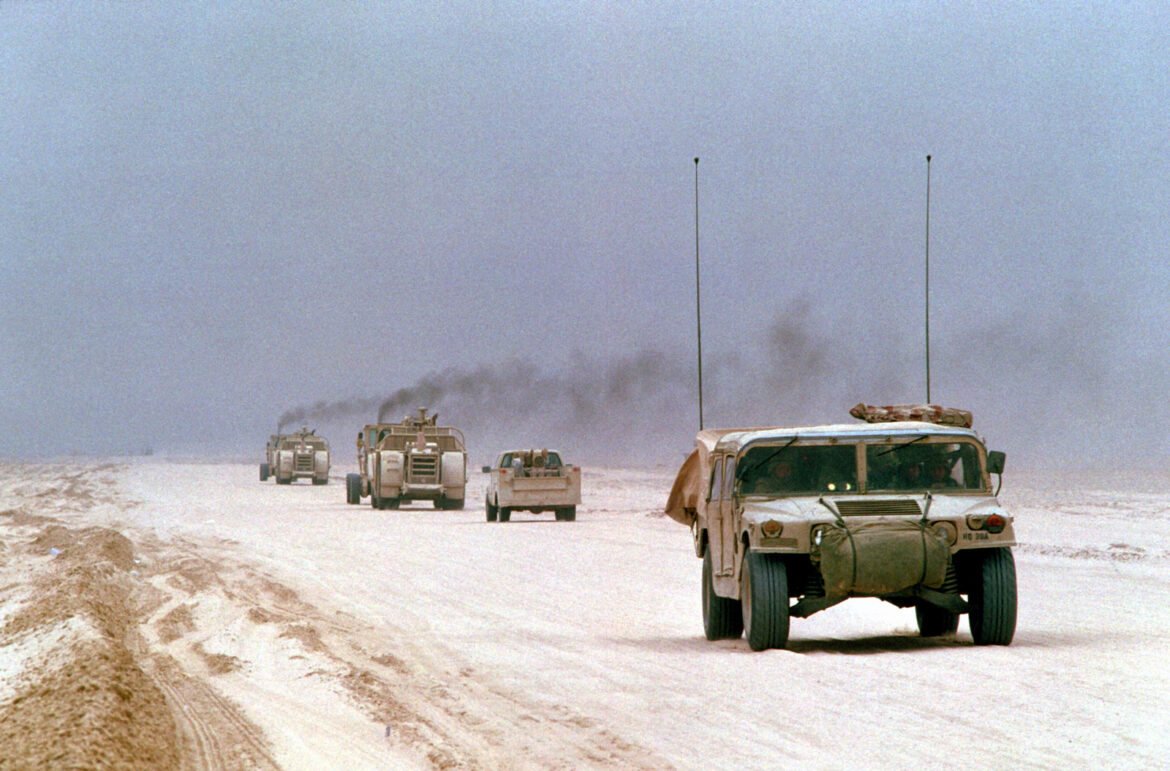 In 1990, Iraq arguably annexed or occupied Kuwait. It isn’t much clear about the whole situation. As always, to have access to the real information is one of the most difficult things in the modern times, regardless of the massive media, which actually is supposed to do just the opposite: to cover up the truth.

Doubtfully, Iraq intended to invade Saudi Arabia after Kuwait. False testimonies, such as Nayirah testimony, given before the US Congress make the whole war unclear and suspicious. In addition, we don’t know really if Iraq was capable of invading Saudi Arabia anyway, knowing that aggressive wars are monopolies of empires only.

Terrified and frightened, Saudi Arabia sought help immediately from its closed ally: the United State of America. In response, more than 500,000 American soldiers were deployed in the Arab Peninsula, the biggest number of foreign soldiers to have ever walked in that land – the land where the religion of Islam started.

Again, we don’t know the real capabilities of Iraq in that time to invade any country. All we know is that Saudi Arabia surrendered and submitted in the most classical way. The country was officially handed over to those who deployed 500,000 soldiers.

One of the greatest scholars of the whole Islamic world of that time, Muhammad Nasiruddin al-Albani – a prominent scholar with his origin from Albania, warned Saudi Arabia for the fatal surrender. Instead, this famous and influential scholar was vilified and kicked out of the Kingdom of Saudi Arabia.

The history proved that Muhammad Nasiruddin al-Albani was right. For those who don’t know him, Al-Albania is the most famous Albanian in the whole Islamic World of some 1.9 billion people. Saudi Arabia from that time onwards lost the respect of the Islamic World. KSA chose to be invaded and fight under the command of those who deployed 500,000 soldiers, as is the classical rule.

This is the reason why in many events, including 9/11, and many other problematic groups, which have caused much trouble and problems to the whole Islamic world, there are Saudi citizens implicated. This is understandable. This is the price to pay for the surrender.

Saudi Arabia chose to surrender; it chose to save itself at the expense of the whole Islamic world. It chose to allow the biggest foreign forces to set foot in that land, a land that is so dear to all Muslims, the land which definitely includes the Two Holy Mosques.

In desperate move, the King of Saudi Arabia was given the title as the Custodian of the Two Holy Mosques, but the respect for that country was never gained back.

The Arab people used to be famous for choosing death over humiliation, but not Saudi Arabia, which chose humiliation over a potential death, which God knows what plan was played behind the scenes.

The Gulf War after all was based on false testimonies, such as the famous Nayirah Testimony.

In the end, Saudi Arabia surrendered.