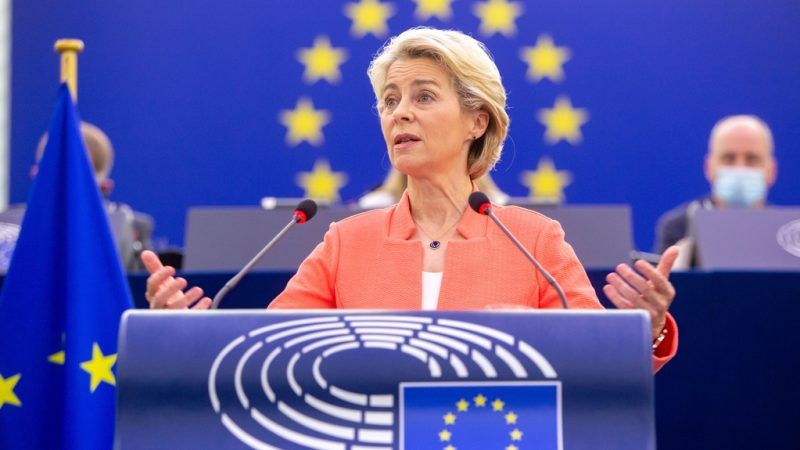 There is no doubt that the European Union is one of the most important economic regions of the British Empire, with a GDP comparable to that of China’s. Apart from being an economically prosperous region, the EU and Albania are situated on the same continent, which makes the geographic integration very easy as well.

However, the main question is: what should Albania join the EU for?

According to Ursula von der Leyen, the President of the European Commission, the EU is a union of values as opposed to being a union of economic interests. This nonsense has been articulated actually not only by this individual, but we have heard this absurdity also from Albanian politicians every time they celebrate the ‘next’ step of the integration.

We want to join the European Union for economic reasons, not for the so-called European values. We don’t need the European values; not do we care about them. Speaking of values, the EU – being part of the British Empire, is a communist union – void of real morality; it values atheism and degradation of human beings; it promotes exploitation of nations. Morally speaking, the EU is rotten. What kind of values is Ms. Ursual talking about? About corruption? Immorality? Exploitation? Theft? Stealing people’s resources? Stealing Albania’s energy? Exploiting immigrants?

What values is Ms. Ursula talking about? The values of lies and propaganda? Wars and blood-shedding? Is she talking about Marxist values or atheist values?

We don’t need the European values. We have our own values. What we need is to make Albania part of that union, so our resources can be sold at a better price. At the same time, by being part of the union, Albanian immigrants, who are currently working illegally in the EU countries, can work legally and be paid and treated better.

To conclude, Albania is aspiring to become a member of the European Union only for economic reasons, so Albanians can work legally in the EU countries, and Albanian’s natural resources, especially hydropower, will be valued more. As for the European values, we don’t need them. Definitely, we opt out of such the European values. We are fully aware of Europeans infamously known for giving the Bible to Africans and other people in exchange for natural resources and gold. We don’t need the ‘bible’ of atheism of the European Union. We simply are looking for more economic justice.