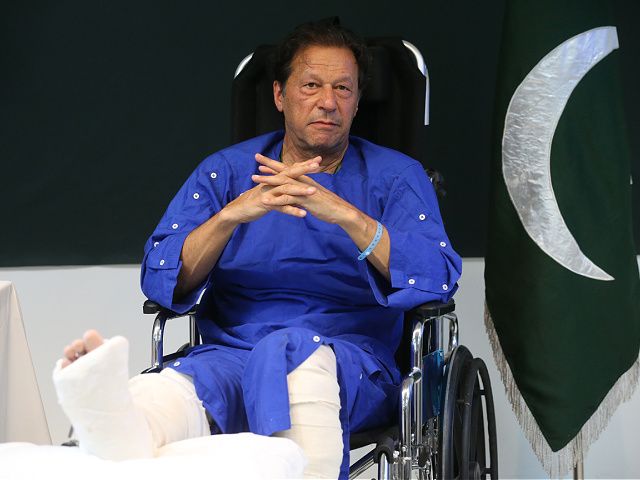 Imran Khan has become one of the most recognized names of Pakistan. His political party, the Pakistan Tehreek-e-Insaf (Pakistan Movement for Justice) indicates the reality that Muslims are facing around the world, that is, oppression and lack of self-governance. That’s why many Islamic political parties and movements incorporate into their names the word ‘justice.’ Indeed, the religion of Islam considers justice as the indispensable condition for human society to exist. In addition, the concept of requiring justice and hating injustice is innate; the religion simply codifies and enjoins it.

In this regard, Imran Khan is trying to establish justice in Pakistan. He seems to represent a great portion of the Pakistani population, and as a Muslim, he even is attempting to convince his people that it is not simply politics what motives him fight for them, but it is Islam which is giving him the duty. However, good intention is not a sufficient condition to guarantee him success. In Islam, different from Secularism, the ends do not justify means.

Therefore, with all due respect for Imran Khan, I don’t believe his political approach is going to lead Pakistan to substantial political changes for the following reasons.

First, political parties are a mechanism which have nothing to do with the religion of Islam, nor are they a universally accepted political mechanism of addressing injustice and brining political changes. This mechanism has been invented by the British Empire to serve none other than itself, not Muslims, or oppressed nations for that matter.

Second, the religion of Islam prohibits categorically the division into groups based on superficial political ideas or any other criteria other than religion itself. On what religious basis can two Muslim Pakistanis join two different political groups?

Third, even if we ignore the religion of Islam and speak from a purely political point of view, the experience shows that political parties cannot bring changes no matter how many followers one has. We’ve seen what happened in Egypt in 2011 when the Freedom and Justice Party won big, yet Mohamed Morsi failed to hold onto power. He was ousted in one year and three days.

We saw that votes mean nothing as long as there is no military and economic power in the hands of the winner. Power is not taken or changed by votes. That’s a British mockery of nations. Power is taken only by war. In case Muslims do not have the capacity for waging war, then they should be patient, improve themselves, seek knowledge and educate themselves and others.

So, Muslims should not follow the British deception of how to approach power. Our religion provides the best instructions and advice on how to deal with power and what to do in case Muslims are oppressed. Political parties, elections, revolutions and divisions are not what Islam recommends. Imran Khan should stick to what Islam teaches if he wants success.