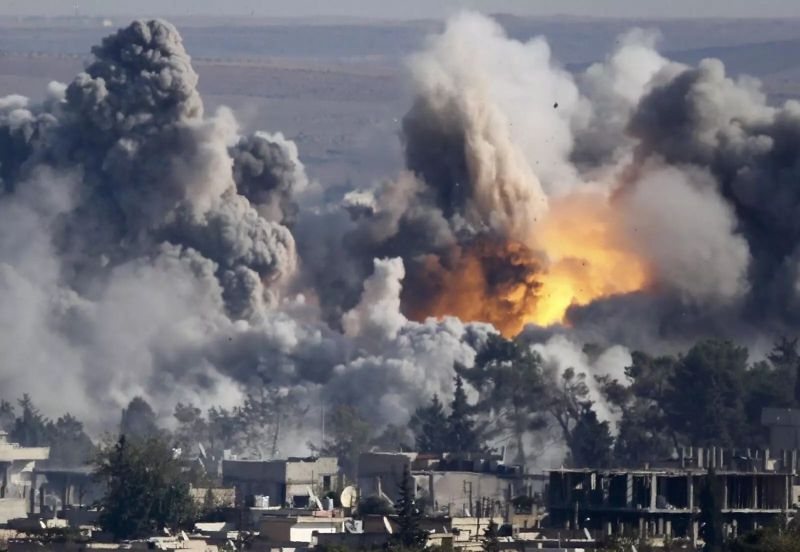 I was listening to a Muslim preacher, whose PhD was about the position of Islam on wars, who was arguing so strenuously that our religion is against war, by coming up with interpretations, new meanings and bizarre understanding of the Quran. The man had spent so much time trying to prove that Islam in essence is against wars, similar to those western agents, camouflaged with Christian suits, who preach love, love and only love, by dropping bombs in Iraq, indeed.

Right after that, I watched another video about $40 billion approved by the US Congress as military aid for Ukraine – war, not love. Then, Trump of course was talking about bombs, arms, weapons, the US power etc., how the USA has the military capability to burn Afghanistan to the ground if they dare kill one American soldier – who was there to spread ‘love.’ The next videos were about Boris Johnson and the President of the European Commision Ursula von der Leyen visiting Ukraine over and over again, showing full Military support for the Ukrainian war – war, not love.

Vladimir Putin, on the other hand, following in his western friends’ footsteps, is more prepared than ever for war – war, not love, by even considering using his nuclear weapons – if they exist at all. China and India, too, are spending on military as never before – war, not love, even though Hinduism and Buddhism are considered to preach ‘love.’ In addition, North Korea, despite being a US puppet country, continues with its military drills and ‘threatening’ the West – war, not love.

I cannot even describe the irony and sarcasm here. This Muslim preacher is either totally ignorant of what’s going on in the world today, or he is reading a script given to him by the western intelligence service, as it is very common nowadays.

Without going into a religious argument, for I am not an expert on that, there are some political matters in this life that are common sense. In this regard, Islam teaches peace, but it teaches war, too. It teaches love, but it teaches hate. It has codified war and how to deal with oppression, how to love, who to love, who to hate, and what the ultimate purpose of Islam is.

At this point of time, Muslims are not capable of fighting and waging war, speaking from a political point of view. This is not the concern that the West has. Muslims are controlled family after family. The network of western spies infiltrated in the Muslim societies would undermine any military resistance. Muslims live under spy regimes.

The concern of the West is, however, about a Muslim awareness of this dark reality – that they are fully controlled by the West. Therefore, the goal of the British Empire is to ‘disarm’ and neutralize Muslims ideologically. It is to tell them that your religion preaches only ‘love’ and ‘peace’ while their lands are occupied by the British Empire. This makes sense. I would tell the same to those whom I occupy.

Muslims should be aware of the reality.

There is no doubt that Turkey is an occupied country

ISLAM’S RECIPE FOR A SOCIETAL SUCCESS AND SECULARISM’S...