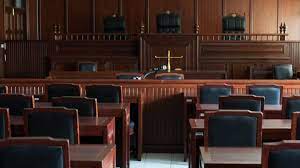 It is not at all farfetched to categorize the courts in the modern state as the institutions of the Inquisition, which are filled with con artists, liars, dishonest people, immoral individuals and soldiers of the system. Judges in modern time have the same role as the infamous priests of the Inquisition, who are there to destroy people, to ruin lives of people, to execute the next average citizen. While in Canada and in Albania I’ve had first hand experience dealing with corrupt and immortal judges, unfortunately, this seems to be the case in every country. The laws are designed to control and oppress the small percentage of the population – men – who can stand up against injustice, who cannot keep quiet in front of corruption and the terror of the state, any state, and any government in the world.

It is clear that there are two groups: the corrupt ruling elite, who consist of corrupt judges among others, and on the other hand, the vast majority of the population, who includes that small percentage who are naturally meant to stand up against injustice and corruption. Judges, as the main pillar of defense for the system, and the rest of the ruling elite use every means and strategies to oppress that naturally special percentage of the population.

In this battle, many, many, are conned by the state and intimidated by the secret police, unfortunately are the main reason why the ruling elite continue to oppress us, even though such people are simply useful idiots.

It is important in every country to raise awareness against judges, against unjust laws and regulations. Judges are meant to protect people. But the ordinary criminals are hailed by judges and supported underground by the state.

We all should know that judges are citizens paid by our taxes to uphold justice, clearly based on transparent laws, and not to destroy out lives and our families. Therefore, we should not permit this small group of people rule all of us.

Whenever you are wronged, and you feel so, it is not the law, but judges who have wronged you.

We all should stand up against judges, raise our voices, raise awareness against them.

Canada: Judges are the most horrible rapists of the society, they are the true guardians of the unjust and corrupt system