MY ADVICE TO THE ALBANIAN YOUTH 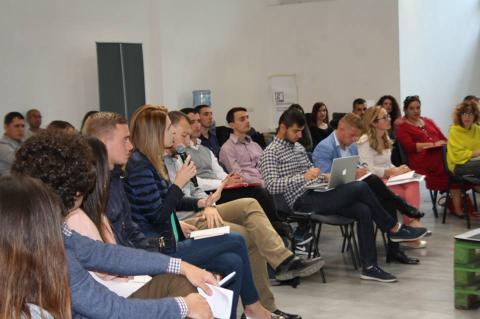 To begin with, it is hard to define what it’s meant by Albanian youth; the formation of countries, hence nations, is arbitrary inasmuch as it is impossible to define sociologically what constitutes a nation. However, this is not the topic, and frankly speaking, it doesn’t matter.

The Albanian youth should know that ignorance and lack of awareness of the reality where we live in are not a bliss. Don’t believe this lie. Only those who want to exploit you spread such convenient propaganda. Knowledge and awareness lie at the root of a better life – a life which is not based on illusions.

The Albanian youth should know that communism was not of our own making. We didn’t invent it. Therefore, the tyrannical regime of Enver Hoxha was not an accident. It was installed by those who won WWII: the Allies. That regime, among other purposes, intended to undo our historical past and render our nation a natural laboratory and the shame of Europe. In addition, that criminal regime, which was supported by the western allies, conducted social and political experimentations. Small countries are perfect to be used for such purposes.

The Albanian youth must know that the criminal and tyrannical regime never collapsed in 1991. One doesn’t need a college degree to understand that regimes don’t fall that easily. The power doesn’t change without a war. Plus, the power is the monopoly of empires, not the result of some theatrical demonstrations. Don’t be fooled with the idea that the regime changed. After all, the regime was an ideology, like a religion. When the regime fell, did all those who grew up in the communist Albania change within a night? In 1991, the Albanian officials – those approved by our western allies, simply changed their suits.