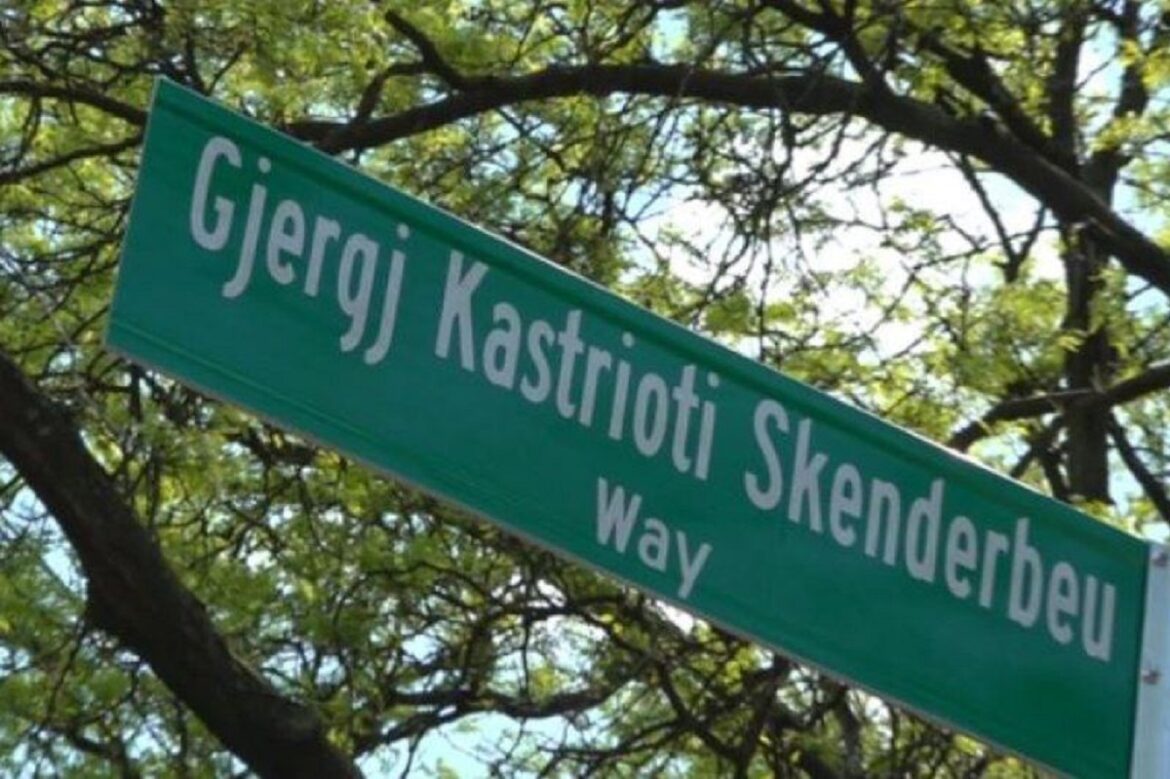 A few days ago, the city of New York named one of its back allies after the Albanian national hero Gjergj Kastrioti Skenderbeu while, a few months ago, another road in New York was named after Fan Noli, a British agent and a former prime minister of Albania.

For those who are not familiar with the history of Albania, Skanderbeg is more or less a mythological figure, who is supposed to have lived five centuries ago in the mountain of Kruja, central Albania. He is fictionally known for his insurgent activity against the Ottoman Empire – the greatest empire of that time.

The figure of Skanderbeg became famous at the beginning of the 20th century when Albania was occupied by the British Empire. As there was an urgent need to create a new identity for the occupied Albanians, the British invested in propaganda in order to preserve the occupation given the fact that the majority of the people resisted the separation from their own empire.

Even though Skanderbeg was manufactured by others to become the Albanian national hero, this fictitious character of history was portrayed to have organized his insurgent attacks on the Ottoman Empire’s army on the side of a mountain, as if Albanians were a small group of rebellious people while in reality, this was not the case.

Albanians were part of the Ottoman empire as much as the empire belonged to them. More than forty grand viziers – a similar role of a prime minister, were Albanians. Koprulu dynasty, for example, was so important that a certain period of the Empire is named after them. Sinan the Great is another name whereas Muhammed Ali dynasty has ruled Egypt for a century and a half.

When one compares the position of Albanians in the Ottoman Empire, as grand viziers, generals, ministers, scholars, governors and courageous soldiers with the image of Skanderbeg, it is really an insult to our people. Therefore, I would ironically thank the city of New York for claiming this ordinary mythological figure as a hero of theirs. His image is a blatant lie in the face of the historical truth. Skanderbeg belongs to those who invented him in order to humiliate Albanians. He belongs to the British Empire and the US Government.

Skanderbeg has nothing to do with Albanians. Our people were much more courageous and important than what this ordinary figure illustrates. Our enemies wanted to cover up the historical truth of Albanians in the Ottoman Empire. Surprisingly enough, the history of Skanderbeg was written by Fan Noli, this spy and agent who was supported by the British Empire and the US Government. Fan Noli was an enemy of Albanians, who studied, lived and died in the USA.

While the British occupation of Albania – one of the most important parts of the Ottoman Empire, has rendered it as the poorest country of Europe, they continue to mock our people by naming their roads after spies such as Fan Noli or insignificant mythological figures such as Skanderbeg.