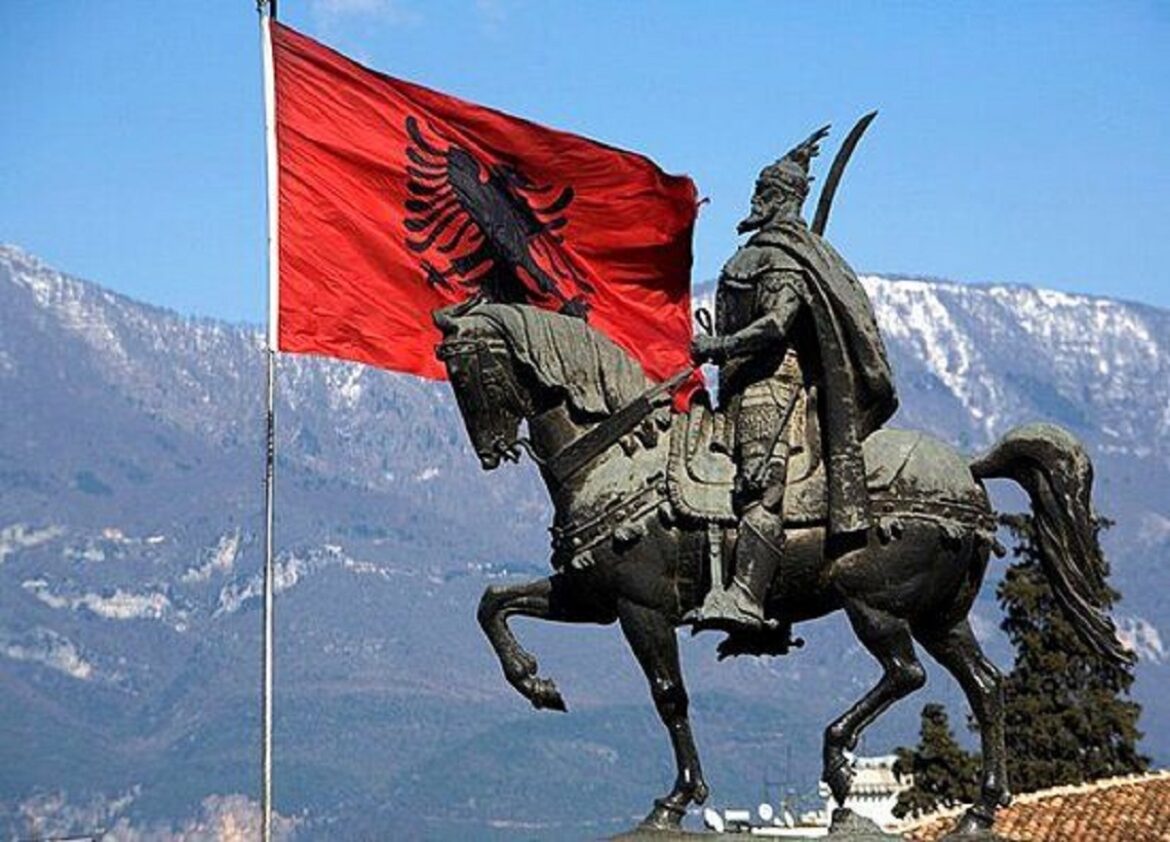 A few days ago, I posted something about the Albanian national hero, i.e. Skanderbeg, on LinkedIn and the reaction of Albanians was astonishing. Their disrespectful comments did not bother me more than their ignorance and lack of understanding of history and concepts related to it. But, this type of shallow mindset is not characteristic of Albanians only; it is a trait of the modernity – the age of propaganda, indeed.

So, Skanderbeg could have been born in 1405 and most probably died in 1468. He seems to have been a member of a noble family in central Albania. There are views, however, that his family’s origin could have been from Serbia, even though Fan Noli thinks that this is less possible, based on the interpretation of Marin Barleti’s book. What qualified him to become a national hero during the Albania nationalist movement in the beginning of the 20th century is his insurgent attacks against the Ottoman Empire, the most powerful empire of its time, according to Fan Noli himself.

Now, the reason why I am using the modal verb ‘could’, the adverb ‘probably’, the verbs ‘seem’ and ‘think’, the expression ‘there are views’, and the adjective ‘possible’ is to show how the science of history operates. History is about interpretation of pieces of historical evidence and putting them together, like puzzles, in order to try to understand the reality. Yes, in order to understand the reality and the truth. Most of the history that we read about, not only Skanderbeg, but many, many other historical events, cases, individuals, heroes, wars etc. is about interpretations and possibilities.

People nowadays seem to know nothing about the historical contexts. In the time when Skanderbeg lived, there were no photocopies, no massive publishing houses, no tablets, no Internet, no massive production of paper, no Wi-Fi, no mail, no TV, the literacy was very rare; the transportation was still traditional – by horses or on foot. As a result, it was difficult to record historical events.

In this case, there is one main or primary biographical source about Skanderbeg, written in Latin by Marin Barleti, whose original is not found, according to Fan Noli. Apart from that, from the time of Skanderbeg, that is, XV century, until today, tremendous changes have taken place. We live in a different time. Yet, my fellow Albanians think that Skanderbeg fought for the same cause as we do today.

Five centuries ago, the main form of identity was religion. Thus, Skanderbeg was a Catholic who fought under the flag of Catholicism, as Fain Noli points out, and there is nothing wrong with this.

In short, there should be a clear distinction among the historical Skanderbeg, the myth, and what he represents today as a national hero. History is not a soccer game which we watch for entertainment. History is a difficult field; people confuse their wishful thinking, politics, and interests with facts and reality.