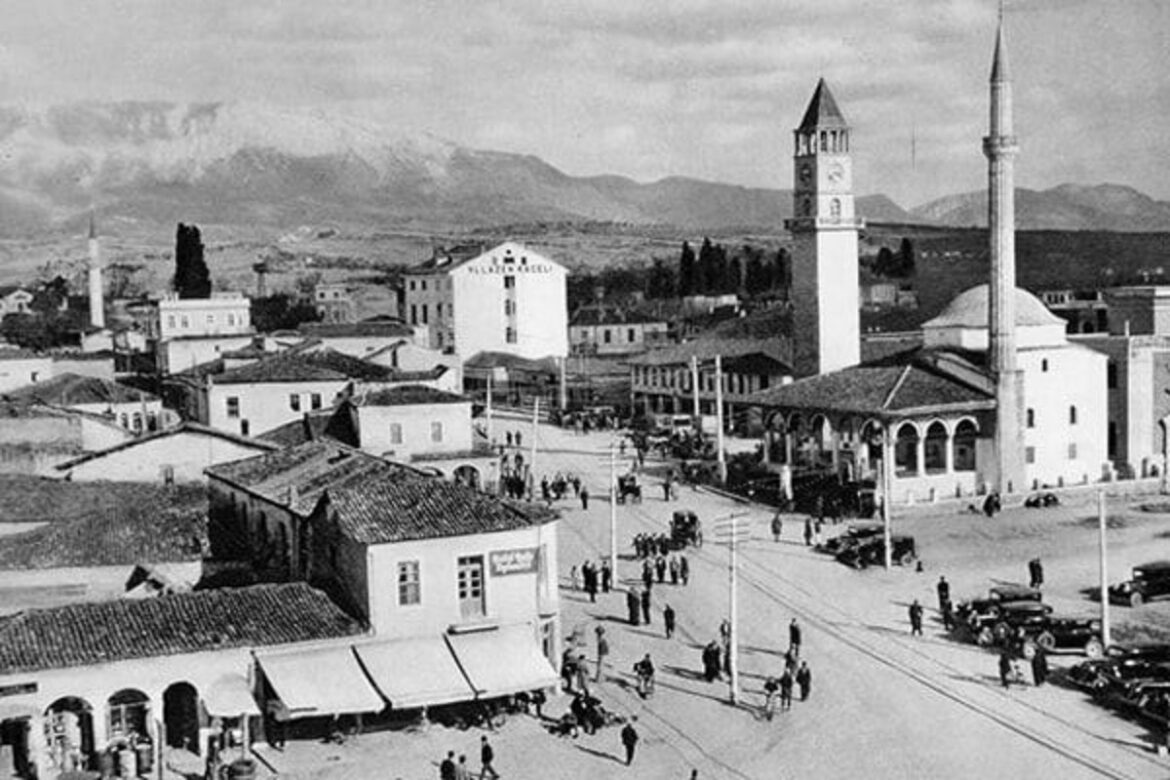 According to Encyclopedia Britannica,
“At the start of the 1920s, Albanian society was divided by two apparently irreconcilable forces. One, made up mainly of deeply conservative landowning beys and tribal bajraktars who were tied to the Ottoman and feudal past, was led by Ahmed Bey Zogu, a chieftain from the Mat region of north-central Albania. The other, made up of liberal intellectuals, democratic politicians, and progressive merchants who looked to the West and wanted to modernize and Westernize Albania, was led by Fan S. Noli, an American-educated bishop of the Orthodox church. In the event, the East-West polarization of Albanian society was of such magnitude and complexity that neither leader could master and overcome it.”

Even though I would be skeptical of Encyclopedia Britannica, I have no issue referring to it in order to point out some facts that are neglected by the majority of the contemporary Albanians and raise some valid questions.

First, it is relevant to emphasize that Albanians were divided irreconcilably into two groups after the independence. One was pro West and the other was still connected to the Ottoman past. So, there was no unanimous agreement among Albanians on fundamental issues, including independence and the political future. Here I would totally disagree with the Encyclopedia Britannica that Ahmed Zogu was the representative of the conservative group. In reality, those who continued to be supporters of the Ottoman Empire, who were many, were persecuted and even forced to leave the country.

Second, it seems that one group imposed its will on the other, so there was no democracy at all.

Third, if one major group of the society weren’t against the Ottoman Empire, how is it possible then for a divided society to have fought and won against it? It wouldn’t have been possible for a divided society to have rebelled against their own empire without help from the West, particularly from the British Empire – the arch enemy of the Ottoman Empire.

Fourth, the fact that Albanians such as Haxhi Qamili revolted in 1914-1915 against the newly independence of Albanian is a clear indication that the division was not simply ideological liberal-conservative, but there were groups who continued to be against the independence even after 1912. This shows that Albania was invaded in 1912, rather than declared independent. The society was divided into one small group of western mercenaries, who were put in power, and the other majority of people, who were oppressed and forced to surrender.

Last, the fact that the majority of the population, who were Muslim, underwent a religious and political persecution by every single government, of all political spectra, since the independence in 1912, is the clearest argument that there was an invasion in Albania, rather than an agreed independence. People, such as my grand grand-father, for instance, were forced to leave Albania in 1928.