PREREQUISITES FOR LIBERATION -3-: WHO ARE JOURNALISTS? 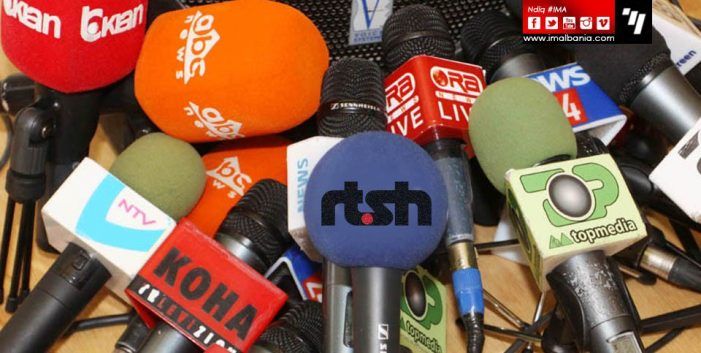 I believe that the majority of Albanians would agree that there is a need for a substantial change and for a true liberation. I say the majority because always there is a minority of western mercenaries and spies who have been privileged and supported by the British Empire and the US Government since the British occupation of 1912. At the forefront of this minority are without doubt journalists and all those who work in the media, especially stand-up comedians who have ‘occupied’ the weekends of Albanians.

There could be no liberation of Albania without addressing the role of journalists and understanding their important position that they have in our society. They mold the public opinion. They are the primary source of information for people. They supply them with news, opinions, analysis, debates, and even ideological propaganda.

I would argue that Albania breaks a record with regard to the number of TV channels, radio stations, news outlets, prime-time political debates, weekend comedy shows, and newspapers. As it is clear, there is a great focus on propaganda. While our government or political system has not invested in industry, agriculture, education, science, infrastructure, tourism, except in the energy sector, yet it has managed to build a sophisticated industry of propaganda. Therefore, without addressing this problem there would be no real change and no liberation, as well as Albanians, would not be able to know their political position in Europe, their history, their enemies and oppressors, their natural resources, and who is stealing them.

In this regard, journalists should be considered a real problem because their job is to supply people with propaganda and lies and prevent them from understanding and knowing the truth. The job of journalists and stand-up comedians is to mold the public opinion; it is not to educate the audience and give them true information and an honest version of reality. Their objective is diametrically the opposite. Their goal is to have access to every individual, every child, every woman, every man, every spouse or parent or family. A cut-off of their access to us is considered a big failure for them and for the system. Journalists and stand-up comedians want access to you and me. That’s their very objective.