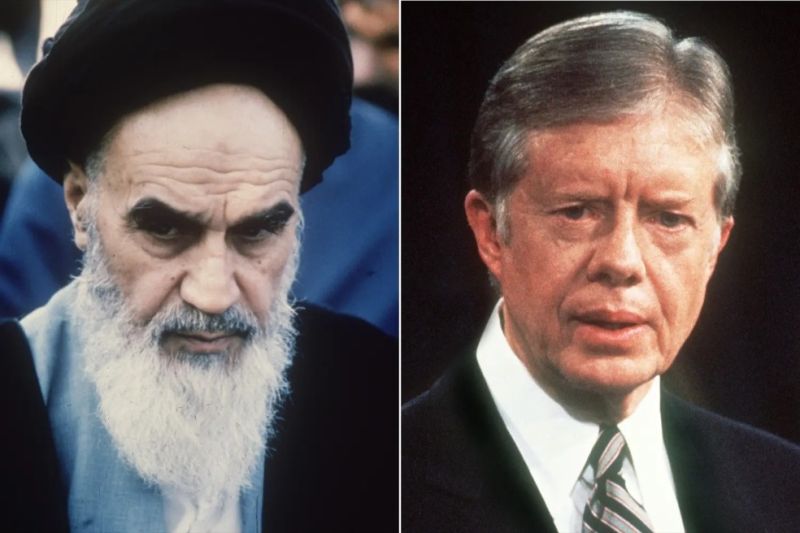 This is a very legitimate question. Iran is one of the most important countries in the Middle East.

In 1979, Shah Muhammad Reza Pahlavi was overthrown by the Iranian Revolution and brought to power the CIA spy Ayatollah Ruhollah Khomeini, who declared Iran a republic.

Revolutions, as a political package, are focused on overthrowing the old monarchies and replacing them with a new political secularist system, where religion is excluded from power, and nationalism, which is a political mechanism invented and developed by the British Empire in order to maintain its political control, is promoted and given a religion-like status.

Revolutions which took place after WWI in Egypt, Iran, Iraq, Libya, Turkey etc., all have in common the same elements: they were supported and sponsored by the British Empire and the US Government, overthrew the old monarchies, removed the religion of Islam from the political sphere, and declared nationalism, as a manifestation of Secularism, the official state religion. All those who organized these revolutions were educated either in the Great Britain or the USA.

On the other hand, what makes the CIA Iranian Revolution special, however, is that it was associated falsely with the religion of Islam; hence, the Islamic Revolution of Iran. Obviously, Islam and the concept of revolution have nothing in common; actually they are diametrically the opposite of each other. Besides, the Shi’a sect represents a tiny minority of the worldwide Muslim population, as well as it’s a bizarre ideology compared to the main stream Islam. It’s a sect which includes elements from Christianity and Judaism. Apart from that, Shi’ism has no sound ideological bases and no credible and systematic chain of transmission of the religious texts. It’s the perfect ideological system to allow massive falsification and fabrication of religious texts and history books, something that the British Empire is a master of.

The Secular Republic of Iran should become a member of NATO as it fits perfectly in as well as the Iranian people shouldn’t continue pay the price. Teheran should receive a prize for supporting the CIA unconditionally.

PREREQUISITES FOR LIBERATION -3-: WHO ARE JOURNALISTS?