THE RETURN OF A TRAITOR 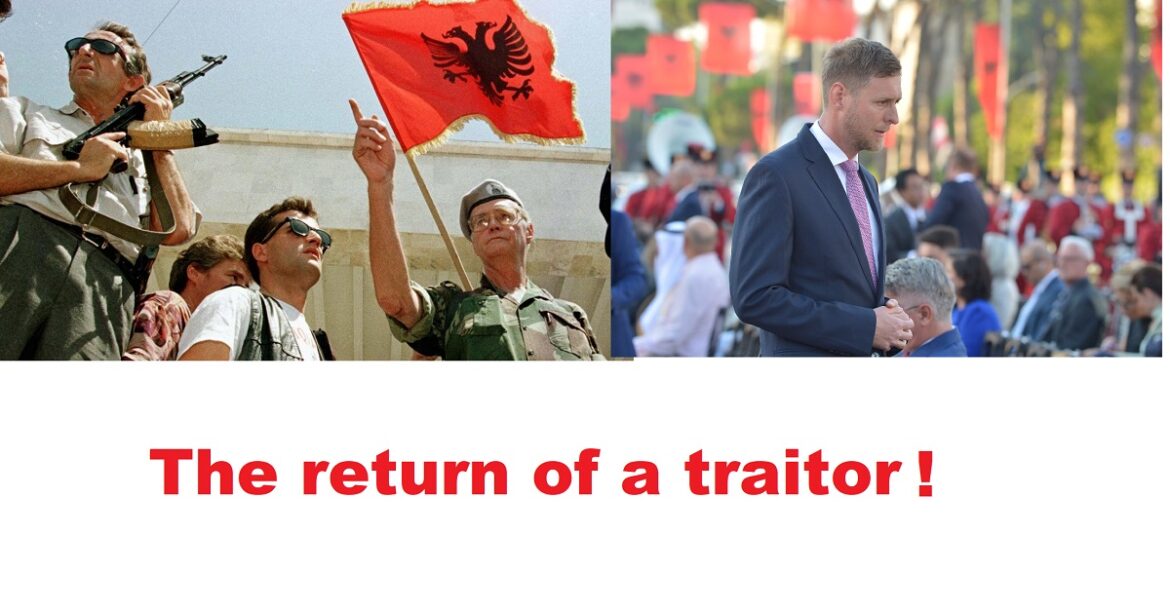 Many of Albanians think that the worst politician the West has supported in Albania since the British occupation of 1912 was Enver Hoxha. Indeed, he was a terrorist, an enemy of our people and evil person who was supported by the British and the US Government, no less. However, he was not the only one, nor the worst.

In fact, Zog I of Albania had a much more important role against our people than Mr. Hoxha. He ruled our country for almost two decades, first as prime minister, then as president, and finally as king. While Mr. Zogu changed his last name from Zogolli to Zogu when he became prime minister, he removed his first name ‘Ahmed’ from his regnal name when he became king, probably to appear as a non-Muslim.

Given the political position that Albanians had had under the Ottoman Empire for centuries and the importance that they had gained, Ahmed Zogu was given the job and the duty by the British Empire to transform these people, to dismantle their strategic power, and to lay the foundation for a new British political power in Albania.

In this regard, I think Mr. Zogu did a great service to the British Empire as he was very successful in his political mission. He made a major contribution to the elimination of the elite and everyone who could organize a resistance against the occupation of Albania. He introduced into our society western Secular laws and banned everything had to do with Islam. He took control of the religious institutions and places of worship and imposed his ideology and policy on them. He also replaced the political elite with scoundrels, corrupt and immoral people – a typical British and American strategy of occupation.

Zog I cooperated closely with another British spy, that is, Fan Noli. They both dominated the Albanian politics for two decades. By appearing as political adversaries, this served as a good strategy for dividing and killing many Albanians, who were executed without trial. My father’s uncle, for example, was arrested and executed without trial while other relatives of mine were either forced into exile or murdered.

Zog I might have been engaged in a real war against the Albania population with the help of the British Empire, especially after the staged revolution of 1924 organized by Fan Noli.

When WWII broke out, Ahmed Zogu abandoned the country, almost unprecedently. He took his family and ran away, as if he had no connection with Albania, as if he was not from that land, as if he had come from Great Britain in a mission and returned to where he came from.

In 1997, when Albania was going through a political turmoil, Leka I, the son of Ahmed Zogu, visited Albania and soon he returned with his family. Currently, Leka II, the grandson of Ahmed Zogu, lives in Albania and holds the title prince of Albanians. This is outrages. After this family have betrayed our country in 1939, he should be stripped of Albania citizenship. This British spy has no place in Albania.