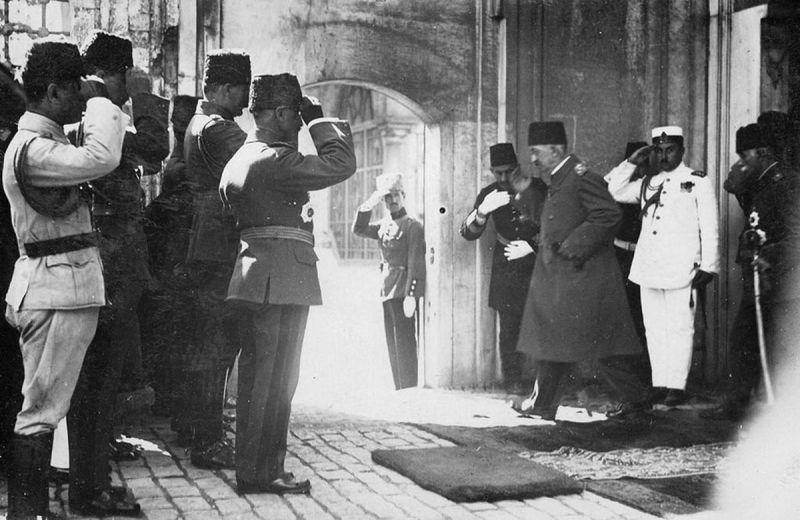 First, let’s get some facts straight. WWI started in Europe in 1914. At that time, the continent was divided into two camps. In the first one, there was the British Empire, France, Russia and later Italy, and in the other camp, there was Germany, Austro-Hungary and the Ottoman Empire.

In addition, the Balkans was already undergoing conflicts and wars. Albania was the last territory to break away from the Ottoman Empire in 1912. Serbia, on the other hand, was on the side of the British Alliance. Another important fact is that George V – the British Emperor, and Nicholas II of Russia were first cousins. George V was of German origin, and he was also the emperor of Brunswick-Lüneburg up until 1918 – part of today’s Germany, which makes the relations between Germany and the Great Britain very complicated.

Officially, WWI started when the Kingdom of Serbia, the official ally of the British Empire and Russia, assassinated the Archduke Franz Ferdinand of Austria on June 28, 1914. As a response to it, the Austria-Hungarian Empire declared war on Serbia, which brought to its defense Russia and the British Empire.

WWI lasted four years, and it was a multi frontier war. There was the western front between Germany on one hand, and the allies, the other hand. In the East, Russia, the Great Britain and France were focused on the Ottoman Empire. At the same time, the Middle East was heavily involved in this bloody war, which caused millions of deaths.

At the end of WWI, the British Empire came out of it stronger than ever, by expanding its territory and power to all the corners of the globe, by becoming thus the first global empire. The Ottoman Empire – the continuation of the fourteen century Islamic caliphate came to an end. Muslim lands were split among the Great Britain, France and Russia – which soon became the USSR and adopted communism as its formal ideology.