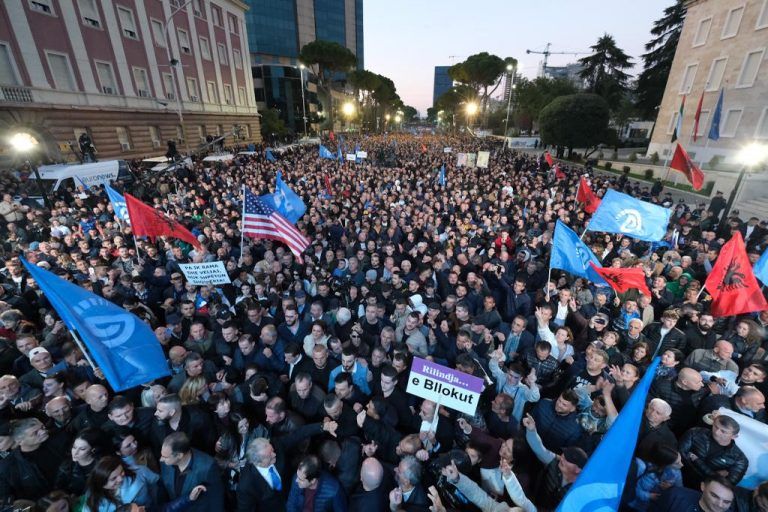 Isn’t it a shame that the same old spies and agents promise change in Albania? Isn’t it a shame and ironic that the political party which was formed in 1990 by the State Security of Albania and the CIA has the audacity to mock Albanians, by promising them a better future? Haven’t Albanians tried and tested them already? Haven’t’ they been in power? Isn’t it a shame that the same CIA spies who led Albania to the civil war of 1997 after the government stole people’s cash still have the audacity to lie to Albanians again? Aren’t they lucky that they are not locked up in prison?

Not only is it a shame, but frankly speaking I am not surprised at this terrible fact. The CIA and its affiliates around the world, such as this party of spies in Albania, have nothing to offer to people except lies and magic and propaganda.

We should not forget that the essence of the British Empire is “divide and conquer”, deception and lies, betrayal and magic. That’s how the British rule the world. That’s what we see in Albania: propaganda, lies, magic, deception, and lies again.

Ironically, the British Empire has proven to be very successful. The fact that in Albania the political party that was formed openly by the State Security and the CIA in 1990, the fact that the same spy and CIA political party stole the cash of Albanians in 1997, the fact that the same CIA political party is responsible for misleading or stimulating Albanians to build houses without construction permits – which turned a great number of people living like undocumented immigrants in their own country, is mind blowing, as if there is no intellectuals left in Albania, as if people have no moral integrity in Albania.

The truth is in between. On one hand, there has been a consistent persecution and execution of intellectuals in Albania since the British occupation of 1912, so it is not a surprised to see a country void of intellectuals and mature people. On the other hand, there are good and wise people in Albania, but the propaganda and the political control are totalitarian and unimaginable. In short, Albania is a country under occupation.

Shame on the corrupt organization of the CIA that still continues to destruct our country. Shame on the US State Department that continues to protect its agents and spies by declaring them persona non grata. Shame on the British Empire that still has the audacity to play politics in Albania, in a country whose sons and daughter have been executed and persecuted for political reasons by this horrible empire; it is the same shameful and immoral empire that put in power the terrorist regime of Enver Hoxha, yet it has taken no responsibility.