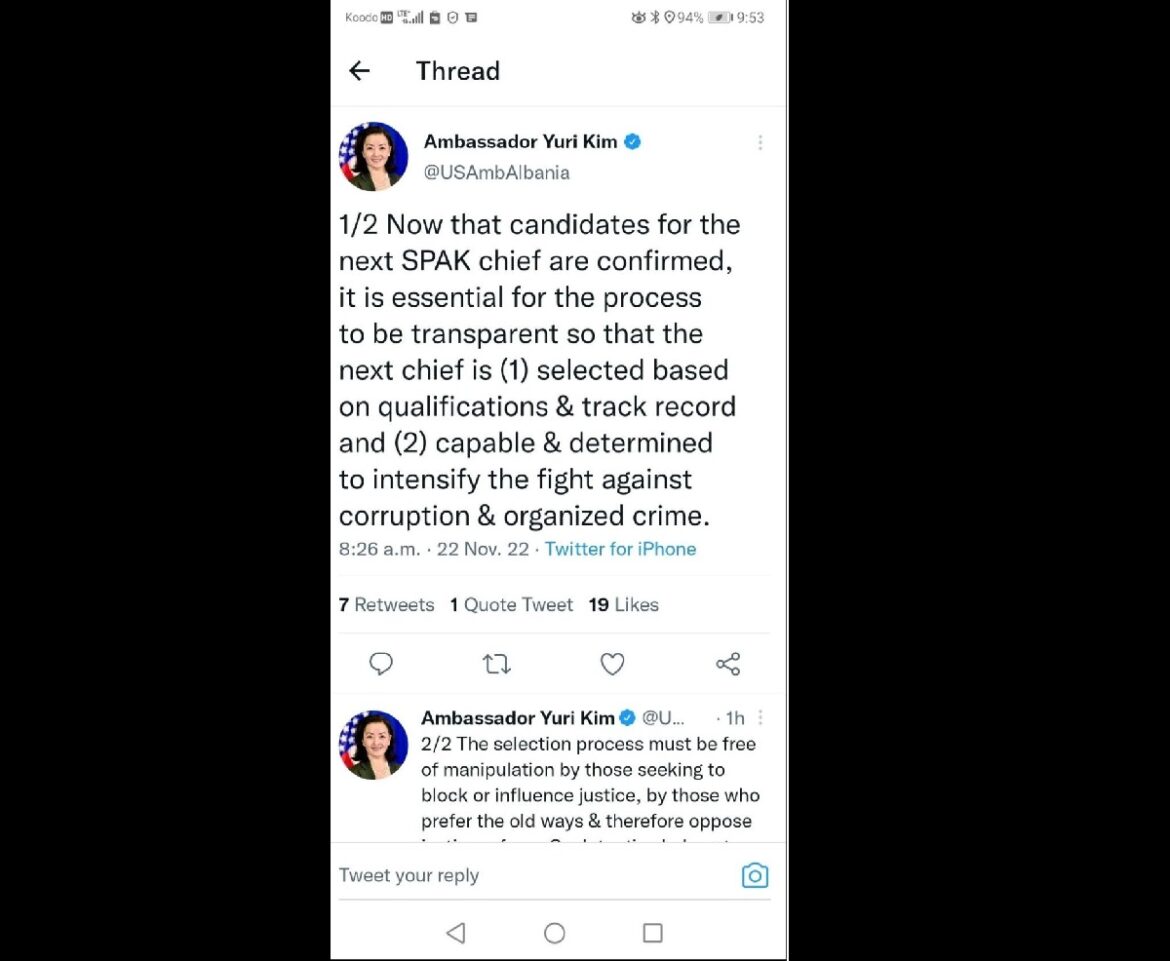 A foreign national, i.e., the US Ambassador in Albania, actively interferes in our judicial system. This direct and formal representative of the US Government and President Biden appoints judges and prosecutors in Albania – supposedly an independent country with a supposedly independent judiciary.

I’m not surprised at all. America is the enemy of justice. This also shows that judicial independence is a joke and a lie. America, or better to say, the British Empire, has the worse model of the judicial system, where judges are the most controlled people of the state, and their primary objective is to serve the state, that is, the British Empire. Judges, according to the corrupt empire, are not there to settle the disputes among people.

Shame on every single Albanian judge and prosecutor, shame on lawyers and the judicial council of Albania that allows a foreign national to interfere openly in our judicial system. You are weak and corrupt, as well you are puppets and a liability for our country.

I have no respect for the Albanian judicial system and our corrupt judges who are appointed to their positions by a foreign national.

This is preposterous and very dangerous. Albania can no longer be considered an officially independent country. Rather, we live under occupation. That’s why our country is the poorest in Europe.
In my view, the reason why this official of the US Government and the British Empire interferes openly, not secretly, in our judicial system is to give the impression that we – Albanians – lack the ability of state formation. In fact, we hear frequently on TV pundits and political analysts stating this explicitly, that Albanians lack the ability of state formation, “that’s why we need the US Ambassador to interfere publicly,” they often argue.

This is a strategy to cover up our glorious past during the Ottoman Empire, where we – Albanians – have been distinguished for our leadership ability, for our courage and bravery, as well as political wisdom. It was not a coincidence when many, many grand viziers of the Empire were of Albanian origin. Our enemy – the British Empire, continues to play its vicious games by trying to portray us as unable to rule. I am sure soon this British strategy will backfire. Perhaps, Albanians will be a reason for a big wave of changes in the whole of Europe. Let the corrupt British Empire act more wisely with our oppressed people.