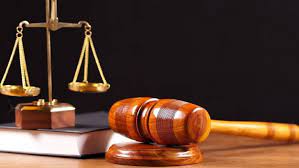 Having faced injustice and oppression for the most part of my life, and worse than that, having understood that we are governed by a system which lacks accountability, remember this important word: accountability, I’ve always thought of the ways of how we can hold accountable wrong-doers, that is, primarily leaders and the top elite of the political tribe.

In my view, the best way to bring leaders before justice is through tribunals run by ordinary people and in the most transparent way, where the verdict should have a full judicial power.

Our judicial system – the body of laws and judges, does not and cannot have the capability to conduct these kind of trials for very obvious reasons. Judges have an organic relationship with the power – they are part of the power. In addition, laws are written and prepared by judges. In other words, the problem cannot be solved with the same mind, i.e. the system, that has created it.

Thus people should have the right to bring their presidents, kings, prime ministers, judges, ambassadors, or any other high-rank official before them and put them in trial.

For example, if a king betrays his own people by sending them to a war, which results to be a trap, or a president that lies to the senate, or a prime minister that emphasizes during his inaugural speech “the butcher of the middle east” in order to mislead citizens, or a former prime minister that kills protesters, or a judge that abuses their position, and so on and so forth, the most effective way to have justice is: ordinary people’s tribunal.

The system that we have in place, which is epitomized in USA, lacks this kind of accountability completely, and this is a major defect, which leads to critical problems, such as irresponsible and heedless – at best – leaders who get away with serious crimes, or judges feel untouchable, or prime ministers think they can lie to their people day and night.

People are tired of lies and propaganda. There is no accountability, which in reality means the world is heading towards a full-fledged tyranny.

We don’t trust the judicial system. We don’t trust the International Court of Justice. We don’t believe that voting is sufficient to bring leaders before justice. In the worse case scenario, through voting we simply can secure our complicit leaders a nice retirement.

Ordinary People’s Tribunal would be the only accepted solution and the only mechanism to produce an undisputed verdict, morally and legally. We cannot tolerate any further this tyrannical madness.

Just ask yourself sincerely if you think that there is accountability for leaders, presidents, kings, judges, ambassadors, ministers, or for the political tribe in its entirety. No. They enjoy full immunity from any type of real accountability as opposed to a theatrical one.

Another problem that the modern system poses is that we cannot verify if those who get sentenced are really in prison.