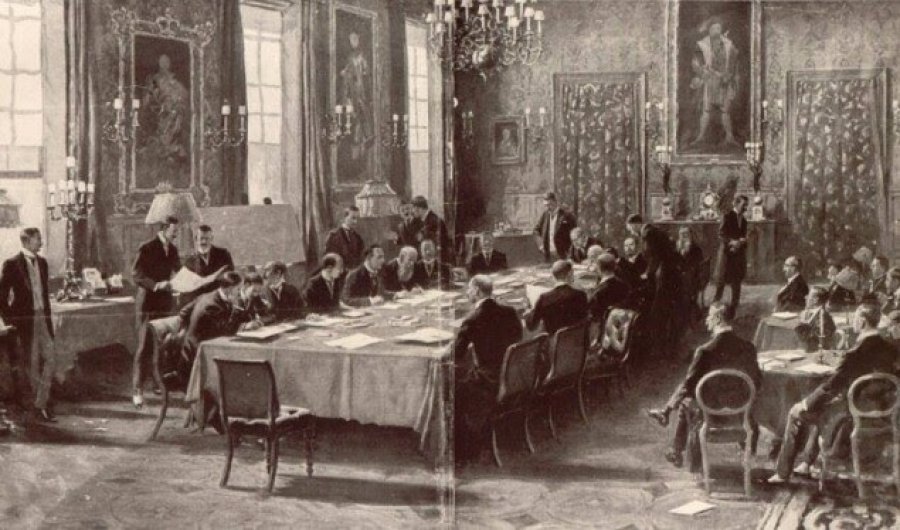 For those who are not acquainted with the history of Ottoman Empire – one of the greatest and most important empires of the modern time, Albanian people and territories were crucially important, to the extent that an attack on the empire was an attack on Albanians. They had reached the highest political positions, such as grand vazir, so much so that, in my view, the empire belonged to us more than to anyone else.

The fact that the ruling dynasty of the modern Egypt, from Muhammad Ali to King Farouk (1805-1952) was from Albania is an indication of the position of these people. In addition, Muhammad Nasiruddin al-Albani, arguably the most important and famous scholar in the Muslim world of the 20th century, was born in Shkodra in 1914, Albania, and immigrated to Syria due to religious and political persecution. This is another indication of the position of Albanians within the empire.

Albania was occupied by Europe – not by Serbia, in 1912, but the Ottoman Empire, where a great majority of Albanians continued to live, such as my grand, grand father, was dissolved officially in 1922.

Given the political, strategic and scholarly position of Albanians within the empire, the decision of Europe in 1912 was to undo this historical past, to humiliate Albanians, to change their language, religion, culture, tradition, to teach them a new history – full of lies and mythology, to subdue and denigrate them, to rule them by spies and agents.

This explains exactly why Fan Noli – a western spy who wasn’t even from Albania, insults and humiliates Albanians in all his speeches and writings. This explains why King Zogu, who fled from Albania in 1939 like a traitor, killed and persecuted the remaining elite and oppressed the religious clergy.

More importantly, this explains why the American Empire – the victor of WWII, installed in Albania the terrorist regime of Enver Hoxha, which did everything to destroy our past. This western spy banned religion, killed the elite, confiscated the wealth of the Albanian people, stole their land, isolated the country, turned all citizens into official spies, taught Albanians a new official language. He rendered Albanians the most humiliated nation of Europe, despite the fact that they once had reached the top of the Ottoman Empire.

Hoxha’s regime had nothing to do with the communist ideology. This was the decision of the American Empire and had to do with our imperial past.

Albanians continue to be humiliated. The American Empire still supports only anti Albanian politicians. The decision of 1912 has not changed yet. It will change with intellectual work and awareness. We might have forgotten our past, but the new empire knows our past better than us.

Albanians are not, as a western spy Faik Konica says, that “we didn’t have underwear to put on”. We belonged to the Ottoman Empire as much as the empire belonged to us. It’s time to change the decision of 1912, or it will change.