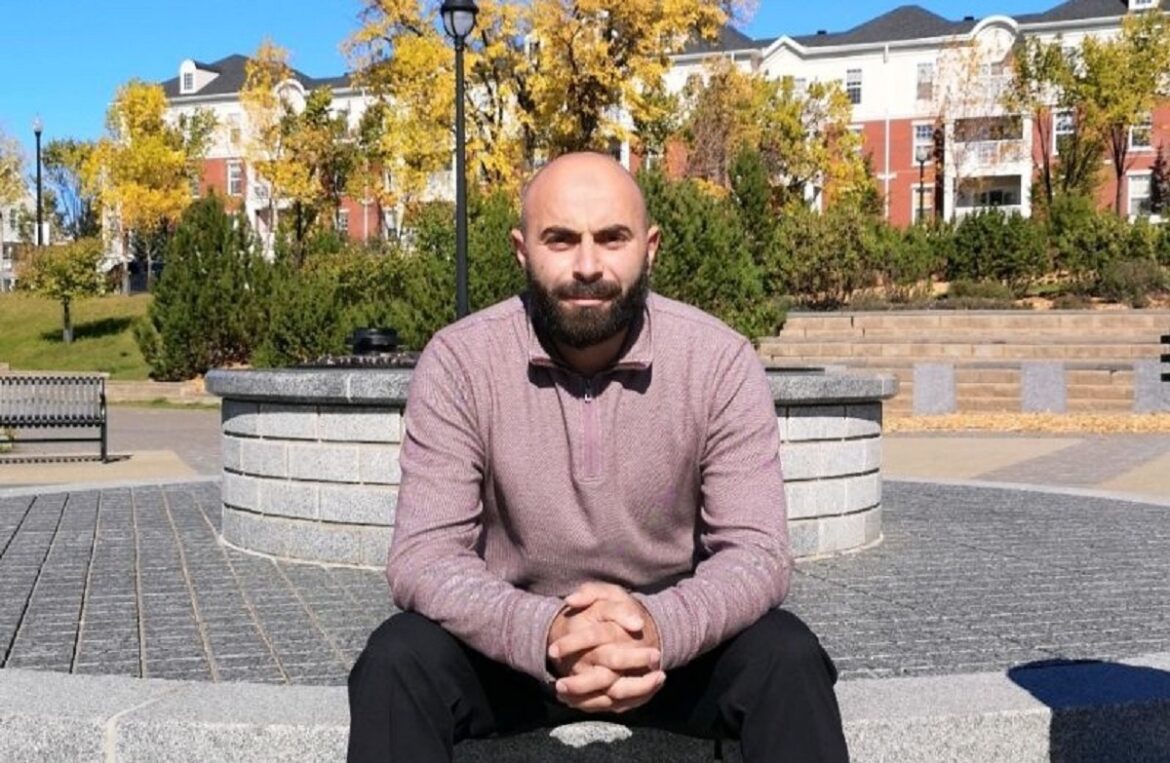 Despite the fact that this picture is about showing respect for Albania, and let’s not deny the good intention, yet the background is absurd. At the same time, the fact that the statue is blurry is to be appreciated because it is pointless anyway. Nevertheless, I would like to underline a more serious issue related to such irrelevant statues.

Officially, this monument represents the so called the Albanian national hero. Allegedly, he has lived some five centuries ago, in a time when the concept of nationalism and state – as we define them today – did not exist. The world was a different one. Much has taken place since then, the French Revolution, the advent of the religion of the modern secularism which has taken over the world, the Industrial Revolution, the rise of the British Empire and America, WWI and the Fall of the Ottoman Empire, WWII, Globalism and the World Government, the global industry of wars, the Internet, fabulous technological development and AI, and even post modernism – the loss of human essential values. In short, we live in a different world.

This national hero, even if he existed as described in the mythological history, is totally irrelevant. According to the official history, this individual became famous by defending the mountain of Kruja – a mountain in the current Albania, from the Ottoman occupation in a time when the Ottoman Empire was fighting to take over Europe while Albanians such as Sinan the Great soon would become grand viziers of the same empire, whose fame and bravery would reach far, far beyond the tiny mountain of Kruja.

While such mythological heroes served the purpose of forcefully changing the identity of the Albanian people when Albania was occupied by the British Empire in 1912, today this national hero is no more than an absurd statue. It actually evokes negative memories. It reminds us of the author who wrote this mythological history, i.e., Fan Noli. It reminds us of traitors such as Ahmed Zogu and western agents such as Enver Hoxha, who have done to our country what no other enemy would have done worse.

This statue belongs to the past. By inventing such national heroes, the objective of the British Empire was to force the Albania people assume a new identity and forget their imperial past, and project to Albanians the idea that we were not an imperial nation, but a small population who lived in the vicinities of the rocky mountain of Kruja.

From a propaganda point of view, what the British Empire did with the invention of this national hero is a piece of art, really. All our glorious history and these Albanian giants during the Ottoman Empire are overshadowed by this mythological figure. This is the best way to belittle our people.