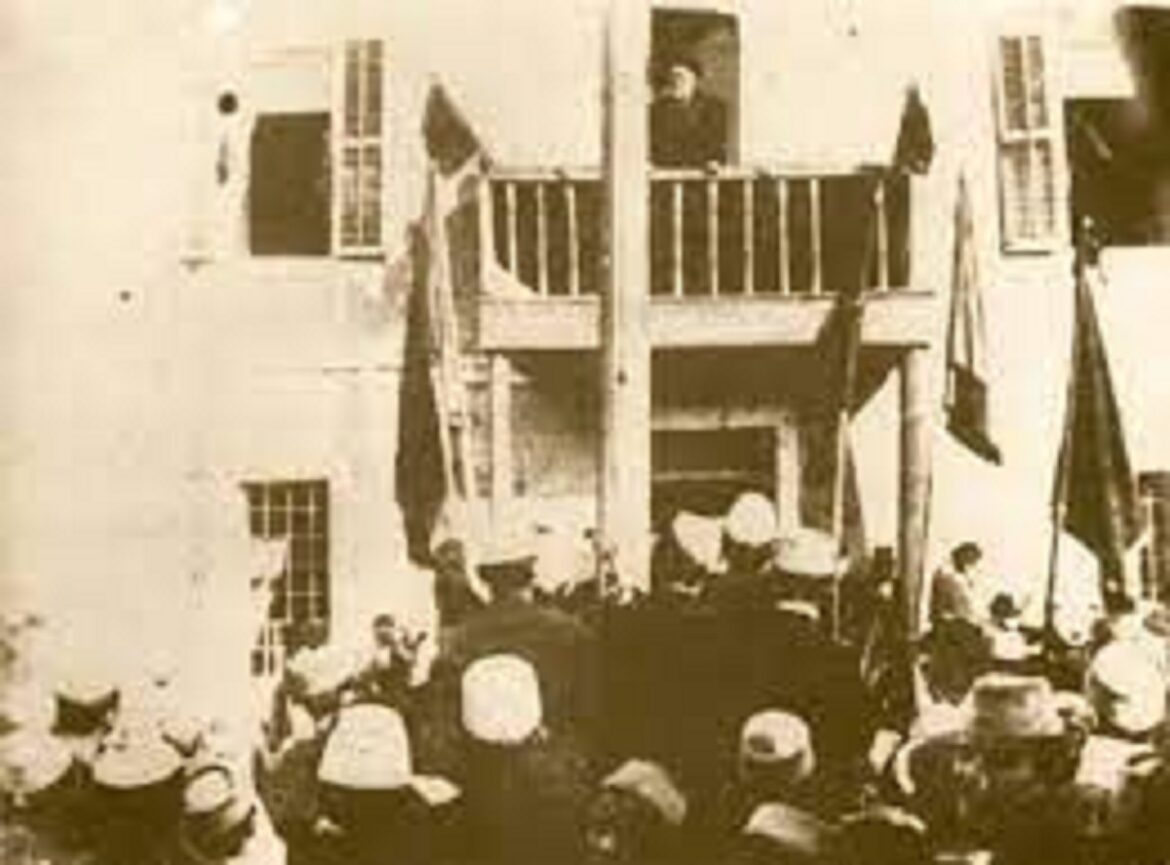 Many get confused when we talk about liberation, in this case, of Albania, because they think that as long as there is a flag, a drawing on the map and our leaders speak Albanian language, this is the definition of independence. There is no doubt that people cannot tell the difference between liberty or freedom and independence. The latter has nothing to do with freedom; rather, it is simply a political mechanism developed by the British Empire in order to maintain its control and occupation, which is undisputed.

Given the historical circumstances and its geopolitical position, Albania has suffered over the last century a special occupation, whose effects can be seen evidently in the Albanian society today. It is a contaminated society in several aspects, culturally, morally, and politically. People are divided into three distinctive groups: the ruling elite, which inherit the power from generation to generation and which consists of western spies and agents; the majority of people, which consist of the herd of spies and agents who have penetrated into every family; and the tiny minority who de facto consider the government as an enemy, who are the target of the second group, and who have been persecuted by every government since the British occupation of 1912.

When Albania was occupied by the British in 1912, the majority of people resisted and did not submit. Eight years after the declaration of independence, Albanian government did not have control over the territory because it was perceived by the majority of Albanians as an occupying force. The Conference of Lushnjë, for example, held in 1920, dealt exactly with these issues, including the presence of the Italian and French troops in Albania, who, in my view, had come to crack down on the Albania resistance. The evidence that Albanians fought against the occupation of 1912 is overwhelming, including anecdotal evidence, family stories and traditional songs.

This is to show that the Albanian governments, which represented the power of the enemy, have applied well prepared policies on how to crack down on the Albania resistance, get rid of the old elite, and give rise to a totally new society – which has no connection with the past and which is ideologically contaminated.

The best technique to achieve this objective, in my opinion, was by enlarging the second group. This objective has been clearly achieved, especially during the terrorist regime of Enver Hoxha. The enemy has managed to contaminate our society: people have been forced and incentivized to become members of the intelligence service or spies – they have an informal and secret relation with the government, within which intimidation prevails. Indeed, the liberation of Albania relies on the liberation of this group.