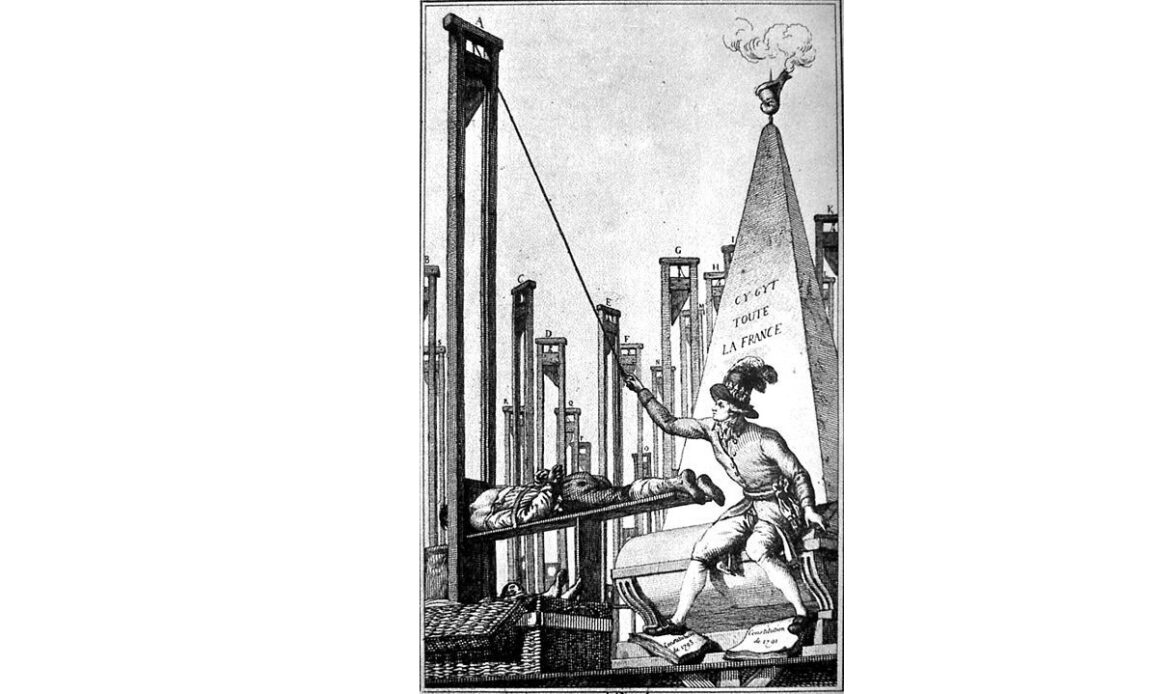 The main symbol of the bloody French Revolution was guillotine: an equipment built during the Reign of Terror in order to cut off heads of the political and ideological opponents. French Revolution was but an ideological war whose absurdity reached so far that it ironically executed even its prominent figure, Maximilien Robespierre – the author of Law of 22 Prairial and an irrational hater of religion. However, the symbol of the Reign of Terror, that is, the guillotine, above all executed the Catholic Church and it paved the way for getting rid of all the traditional religions, including Islam and Judaism. Thus, a new religion was born: Laïcité or Secularism.

The French Revolution was not probably the worst terror; it was, however, the beginning of a new historical period which was filled with barbarism and wars in the mission of spreading the religion of Secularism, which was spread in the world within a century. In this context, one of the most interesting facts is that all the modern branches or manifestations of Secularism, such as democracy, communism, Marxism, fascism Nazism, liberalism, feminism, left-wing, right-wing, etc. idealize the French Revolution. This is to say that, in fact, all national governments do not have any ideological difference; all of them have adopted Secularism as their official religion regardless of different manifestations.

The difficulty that many people find with the idea of defining Secularism as a religion lies in the fact that, first, they are confused about the definition of religion, and second, secularists refuse to identify themselves as adherents of any religion for practical reasons. By refusing to define Secularism as a new religion, this puts secularists in a comfortable position in their war against the traditional religions. Rather, they claim to be in some state of ideological neutrality.

Nevertheless, Secularism fits perfectly in the definition of religion, which, among many other things, is a set of beliefs and principles that can serve as a guide for setting the moral and legal values, for interfering fundamentally with the social and political sphere, it serves as an ideological bond among its adherents, and it is revered so much so that it could incite wars and conflicts in order to defend or spread it. So, Secularism is a well-organized religion, whose adherents could be as fanatic and fundamentalist as any other religion.

Nationalism, on the other hand, has been used not only as a political mechanism by the British Empire to maintain its political power worldwide but also as an ideological instrument in order to wipe out the old religions and facilitate the preaching of Secularism; in this way, the latter has managed to avoid a direct confrontation with the traditional religions, especially with Islam.

In conclusion, Secularism is a religion – rather an extremist one, and it is not ideologically natural as secularists fanatically claim.

THE CONSEQUENCES OF HAVING A WORLD GOVERNMENT