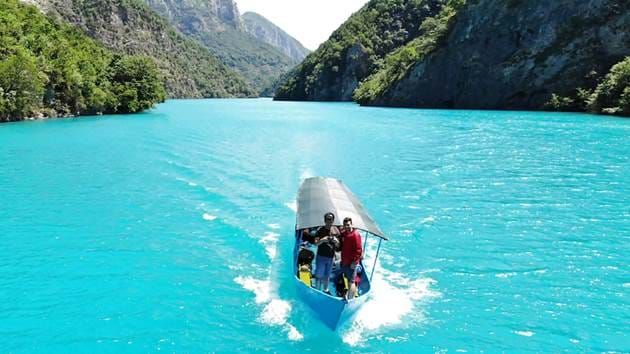 Unpacking the political jargon, when the EU officials say that they require political consensus among political parties in key issues, respect of the rule of law, tackling corruption and fighting organized crime, and most importantly, the EU pays too much attention to the color of the Prime Minister’s ties and what kind of shoes the man wears, this means that these either are totally general clichés – such as rule of law or combatting corruption, or actions that can easily be taken by political agents of Europe itself in order to justify the delay – such as political consensus or the lack therefore between the political parties, or the color of the Prime Minister’s ties or his shoes – something, you guessed already, depends on this man’s personal preference. In other words, these requirements have nothing to do with the people’s decision or their aspiration to benefit from the Union as the Union itself has been benefitting from them. So, it’s a pure political decision.

In short, the decision not to make Albania a member of the EU has always been a political one, void of any real or genuine criterion. After all, the criteria are not chosen based on an objective process; rather, they are formulated in a way that can allow the EU penalize Albanians unfairly.

In fact, I would even dare say that the EU’s perpetual process of accession, open and re-open every now a then, reflects two clear aspects of the western Europe regarding the Albanian people: first, the discriminatory policies and agendas against Albanians are clearly motivated by religious reasons – as Albania is a country whose majority of population are indigenous Muslim, and second, it has to do with Albania’s massive energy, so the poorer and the more oppressed the people, the cheaper the energy would be for Europe.

The truth of the matter is that Albania is not in a position to beg the European Union to become a member. Luckily, Albania is blessed with massive water recourses per capita which can potentially make this country one of the richest in Europe. Renewable energy is by far the cheapest form of energy and the cleanest. Thus, Albania is very, very rich in hydropower.

If the Albanian people have the right mindset and awareness of their country’s importance, and this is reflected in a true will power, there will be no politician – corrupt or not corrupt, non-grata or whatever, to prevent them from building an amazing country for their children.

Albanians need to take the matters into their own hands. Albanians are a resilient nation. Their unique position during the Ottoman Empire has trained them to face tremendous pressure and take upon themselves big responsibilities, something which our European friends are well aware of. Many of our grandfathers might have been killed, persecuted and murdered after 1912, but the Albanian spirit of resistance and resilience have not been taken away by the western Europe.