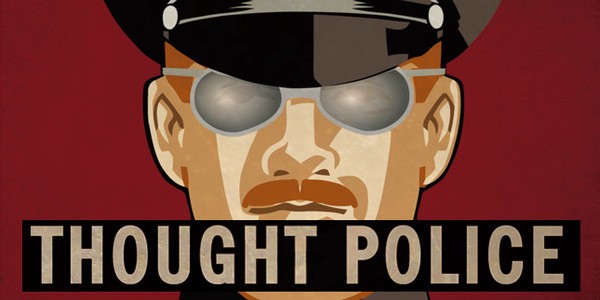 A few years ago, Albanian State Police broke into the houses of two Muslim preachers very early in the morning and arrested them in the most barbaric and brutal way for political reasons. The two men were finally sentenced to 17 and 18 years in prison on ideological ‘crimes’, as if their charges were based on the famous article 55 of the Albania Criminal Code during the terrorist regime of Enver Hoxha.

According to the testimony of one of them, when he was arrested, he was told that the police officers were acting under the order from the US Justice Department. In other words, Albania State Police, the Prosecution Service and the Albanian courts, all of them fall under the authority of the US Justice Department, which is totally understandable because Albania has been under the control of the American and British colonial power since the occupation of 1912.

Given the fact that the trial of these two preachers is available online, I had the chance to listen to the case of the most important one. The man faced two main charges: first, spread of religions hatred and publishing books without the permission of the Albania Thought Police; and second, leading the prayer of a group of Muslims without an authorization from the Government of Albania.

With regard to the second charge, technically he was asked by a group of Muslims to lead the five daily payers in a small local mosque as he was a memorizer of the Quran. As far as I know, and what I noticed from the trial, there is no law which required preachers to get permission from the government to lead the daily prayers. However, in order to make a big fuss, the Albanian media called this action ‘self-proclaimed imam.’ Without exaggeration, every time the corrupt media had to refer to this Albanian citizen, who had led the prayer of a group of ordinary Muslims, which is something routine, they would refer to him as ‘the self-proclaimed imam,’ even though this was not a legal term, but this is how the corrupt and immoral Albanian justice works.

The first charge is more serious. He was accused of spreading religious hatred in Albania. Probably, there was some truth in that. The preacher, who was known for having memorized the whole Quran, for having good knowledge of Prophetic tradition and the opinions of Muslim scholars on many judicial aspects, published a book about the fallacy and deception of elections. The book is well-written and clarifies the position of Muslim scholars on the issue of secular elections.

In other words, this preacher tried to expose in this book the deception of elections. It goes without saying that exposing elections as a fraud and deception is a direct attack on the false and oppressive religion of Secularism. Somehow, the corrupt Albanian Prosecution Service managed to formulate the charge as religious hatred, which costed the author 17 years in prison. This is justice according to the corrupt US Justice Department.