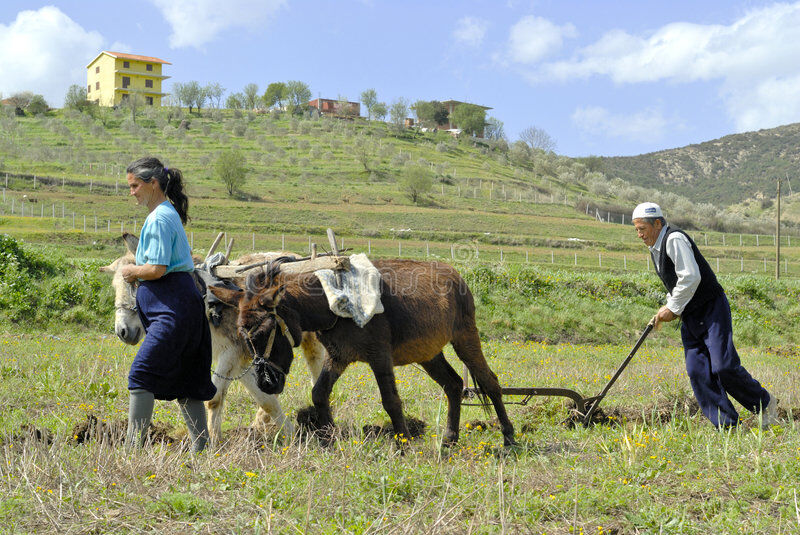 If we look at the case of Albania, its broken economy and what it has been going through over the last century, we will notice that we are dealing with a clear case of sanctions or sanctions-like against it.

From 1945 to 1990, even though the terrorist regime of Enver Hoxha was allowed to industrialize the country, improve agriculture and grow the GDP, Albanians faced political sanctions. For almost five decades, the Albanian people – one of the oldest nations of Europe, were the only ones isolated and not allowed to travel abroad. The country was turned into an open-air prison or internment camp. The people of grand viziers during the Ottoman Empire, the people of trust and honor, were brought to their knees by the terrorist regime of Enver Hoxha, who was put in power by the British Empire and the US Government.

Even though Albania is a rich country in natural resources, rich in hydropower, with sufficient arable and pasture lands, and with hardworking people, in 1990 the western-backed government addressed the nation by saying, “we have food for six days only.”

There is no doubt that what the Albanian people have gone through is not a consequence of a sporadic corruption of our government. On the contrary, we are dealing with clear policies or sanctions of the West, particularly, the British Empire and the US Government, against our people. Whether this has to do with the imperial past of Albanians or due to their religion – historically our people have been more than 70% Muslim, this is a matter of discussion, but the sanctions of the West against our people are beyond doubt.

Regardless of the terminology – whether they’re called sanctions or policies of the West against our country, Albania’ economy was collapsed by the West in 1990, our factories and agriculture infrastructure were sabotaged, vandalized and destroyed on western orders, people were forced to leave their country as illegal or undocumented immigrants and refugees; the domestic migration and relocation was massive and forced by the State Intelligence Service as well as the distribution of land was a scam.

Our country is not allowed by the West to develop the economy, build factories – at least for domestic consumption, develop the agriculture in order to guarantee food independence. Recently, the Government has resorted to another strategy of harming us, by declaring many areas as protected zones based on no environmental justification except that these are orders from the West in order to restrict our economy and force people leave the country.