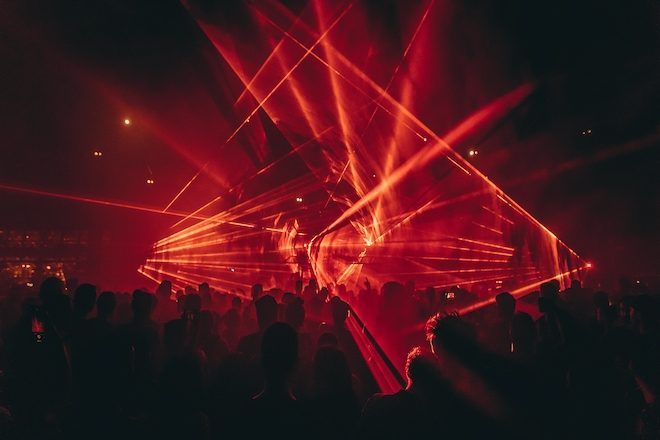 I believe we all know or have heard of the metonymy ‘bread and circuses.’ It’s become the symbol of the idea of political distraction through entertainment and food, which is apparently used either as a strategy by governments to numb people or as a military strategy by enemies to conquer a nation or maintain the power over an already conquered people. Probably this is one of the most classical and most used strategies among humans as a weapon.

I remember when I was a child in 1990s, when Albania was about to embark on a difficult and turbulent ‘post-communist’ transition, there was only one TV channel, two national radio stations and a few regional radio stations. Within a decade, Albania became the country probably with the biggest number of media outlets, tv and radio channels per capita in the world. In 2000s, comedy shows, political debate shows, musical contests, Mexican and Turkish TV series would fill the whole week, from Monday to Sunday, especially for the unemployed population of Albania.

The changes affected also the social or traditional ceremonies, such as wedding parties. Traditionally, the wedding party would last a day or a day and half, but in 2000s onward gradually people started to introduce a period of entertainment which would start a week or two before the wedding ceremony itself. This type of entertainment sometimes becomes an actual public concern because people play loud music in their front yards and have an actual party until midnight for many days before the wedding ceremony.

The case of Albania is a clear example when the government uses entertainment as a means of keeping people numb and busy and distracted from understanding the real problems, such as unemployment, lack of development, social and moral decadence, massive immigration, lack of economic strategies and agendas, and the rampant political corruption. Not only the media, which is under the direct control of the Albanian Government, but even the exaggerated entertainment before wedding ceremonies have been given as a model by agents of the government, in my view. Nothing of this nature spreads sporadically, randomly and accidentally.

Another country which has shocked me personally in this regard is Saudi Arabia. Known as the most conservative country, a few years ago has formed a new governmental department responsible for entertainment, known as the General Authority for Entertainment. While serious and hardworking nations prepare for war, because this life requires hardworking and war by its very nature, weak and occupied nations think of new ways and forms of entertainment and even by taking it to the next level, by forming governmental departments.

I wonder when will Saudi Araiba form a new ministry known as the Ministry of Entertaiment and shut down the Ministry of Defense? With persistence, the West is achieving in the Muslim countries through entertainment what they could not achieve through war.