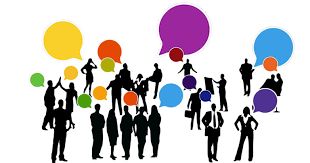 If there is something unavoidable that is the interaction with people, be they members of the same social or religious community, relatives, friends, work colleagues, or family members. Interaction with others is something that we deal with or are involved in on daily basis. Therefore, given the fact that the fabric of society is breaking apart and the conventional social norms are disappearing, it is necessary to have a new approach in the interaction with people, an approach based on strict and effective criteria, which I would call tests in order to avoid much harm that could be inflicted by others.

I remember many years ago I met with a Muslim – friend of mine, and I told him that I was utterly annoyed by the behavior of many Muslims, that they lie and don’t deliver their promises, and give advice when unasked for – misleading advice, while clearly the religion of Islam encourages and even requires them to do just the opposite. Sometimes, it actually goes as far as considering not a believer in God someone who lies, which is a strong form of prohibiting something, rather than negating the threshold of faith in God.

That friend of mine, who had much more experience than me, gave me a very useful tip. He said that in this time and age, Muslims should be considered in a way all liars and untrustworthy until they prove the opposite because the number of liars and imposters make up the majority of people, including Muslims. Definitely, it proved to be a very useful test in interaction with Muslims.

Now that many years have passed, even though it proved to be a useful advice, I think it is not a sufficient test in order to separate the good from the bad. In order to be fully protected from the harm of others, we need a more comprehensive test, which takes into consideration the political factors and governmental mechanisms of control. The test against Muslims is incomplete and deficient if we overlook the elephant in the room, which is the government and its intelligence service.

As a Muslim, I believe that in this time and age and considering that our governments rely essentially on the mechanism of espionage in order to control people, a mechanism which is extremely pragmatic, Machiavellian, and void of morality, Muslims should be considered all spies of the government until they prove the opposite.

For clarification, this is not to accuse them and necessarily be prejudicial to them. This is just a test or a mechanism which comes in handy in order to protect ourselves from the harm of governments and their intelligence agencies. Unfortunately, this is the reality we are facing.

While non-Muslims are by default untrustworthy and liars – the reality is the biggest evidence of that, even Muslims have fallen into the same default. Before we deal with an imam, preacher, a regular Muslim, a family member or relative, friend or Muslim coworker, they should prove first that they are not spies.