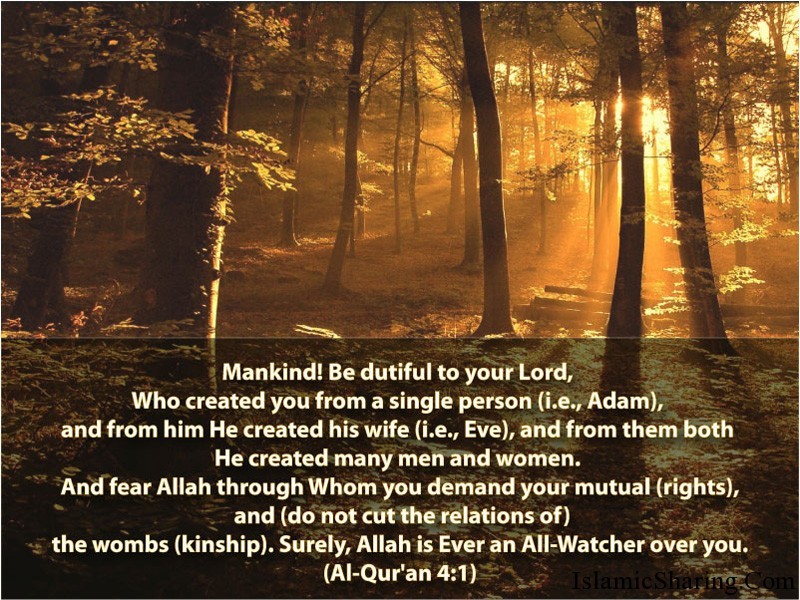 As it is an observable and axiomatic fact, humans differ from animals in one essential trait: we are given the disposition of choice while animals function at an instinct or pre-programmed level. Animals don’t have choice; they are programmed to do and act the way they do. That’s why they are not responsible for what they do, and they are not held accountable for their actions. Humans, on the other hand, have the natural ability to make choices and decisions. They have free will, as it is known more technically. That’s why human society is organized politically; it has a legal system; it holds its members accountable for their actions, as their actions affect not only other fellow members, but even the environment or the nature surrounding them.

Therefore, given the fact that humans have free will – the ability to make choices and decisions, which is to say, they don’t function at a level of instincts or pre-programming, they are in need of principles, rules, laws, and a moral code in order to organize their lives and guarantee a societal or collective success and a continuation of human life on Earth.

In this regard, the religion of Islam has given us a clear and necessary recipe for human survival, which otherwise is doomed to self-destruction. Sometimes the divine instruction for societal survival is conveyed explicitly, such as the first verse of the fourth chapter of Quran, called “Women,” “O humanity! Be mindful of your Lord Who created you from a single soul, and from it He created its mate, and through both He spread countless men and women. And be mindful of Allah—in Whose Name you appeal to one another—and keep family ties. Surely Allah is ever Watchful over you. [4:1], or it is drawn from the main aims of Islam, such as the maintenance of human society or human life on Earth.

There are two requirements which human society must comply with in order to survive: the belief in God and maintaining kinship ties. The importance and the necessity of believing in God are more oblivious than many of us think about. It equips people with divine laws and rules which guarantee success; it elevates humans to a sublime level of purpose of life and opens up for them a transcendental and spiritual dimension that distances them a great deal from their animalistic level. Above all, without divine revelation, humans are lost, and they can never fully figure out what’s right and what’s wrong, what’s good and what’s bad, what’s harmful and what’s beneficial in the long run. Without fear of God and the maintenance of kinship ties, human society falls into a vicious circle of killing and fighting one another – all against all.

In order to make the whole topic understandable, let’s compare Islam with Secularism and the current situation of the world. Secularism proposes exactly the opposite: the removal of God altogether from the political and societal life and promoting a fabric of society where ties among people should not be based on kinship – which are natural and real ties. Secularism is heavily focused on the undermining of these two elements: the belief in God and family ties.

Secularism is driven purely by the desire to rule people. It is an extremely pragmatist and Machiavellian ideology and political system. The interest of Secularism is not the future of human society. It is filled with self-destructive forces. The mindset of Secularism is similar to an individual who chops a big tree down for the sake of a small branch up there, without thinking of the damage he is making to the nature. Secularism thinks of here and now; therefore, it does not care about the consequences of its policies.

I personally never understood why the religion of Islam emphasizes so much the belief in God and the preservation of kinship ties until I noticed, or even confronted with, the endeavor of Secularism to undermine exactly these two. If we look at the case of Albania, for example, we would notice a clear Secularist project to attack the belief in God and dismantle family ties.

The war of Secularism on God and family ties reached its climax in 1960s when the Government of Albania declared atheism as the only constitutionally accepted ideology, banned the belief in God, outlawed the religion of Islam and Christianity, updated the official dictionary of Albanian language where it explained the meaning of God: “supposedly God has created everything, but we don’t believe in God,” demolished mosques and churches, and imprisoned thousands of religious clergy.

In addition, the Government of Albania undertook an unprecedented war on family ties, by outlawing the tribal system and everything related to it, by promoting traitors and spies on every tribe and family, by embarking on an intensive and thorough propaganda against the concept of family, by heavily punishing or persecuting whoever showed inclination to defend their family members against the injustice perpetrated by the state, and by convicting or forcing families and relatives to distance themselves from the members  of theirs who are considered class enemies or political enemies.

So, Albania is the epitome of Secularist war against God and family ties. Frankly speaking, I used to think that my country was an isolated case, or some kind of exception. In fact, the ruling elite and the squad of propagandists of the system have made a great effort to make people believe that the Secularist regime of Albania was a dictatorship, which did not manifest a sophisticated western ideology against God and family ties.

In reality, if we look at the Secularism in general, we will notice the same situation, that communism in Albania or the Soviet Union, democracy or socialism in the West, and nationalism in the Middle East, are in essence the same, strive to achieve the same and their crusade against God and kinship ties is the same.

In the Secularist West, even though religion is not formally and officially banned or outlawed, the belief in God is restricted and frowned upon, propagated against, God is mocked, atheists are promoted, religion is considered a private matter and that Secularism or Laïcité constitute the basis of the public and political life, those who believe in God are often associated with backwardness, are publicly ridiculed and are falsely blamed for political problems, such as terrorism or extremism. Nationalism, too, in the Middle East or the former territories of the Ottoman Empire has caused havoc on religion and Muslims. While the ban of religions has been a difficult task, it has used other strategies to fight against Islam, such as by promoting heretics and heretical versions of the practicing of Islam. The Republic of Turkey is a good example of the nationalist war on religion and God.  In the end, it doesn’t matter whether you call it democracy or communism, nationalism or patriotism, Secularism – which is the dominant ideology and the political system of the West and in the East, is an ideology that fights uncompromisingly against God.

Even when it comes to family ties, the West’s war is uncompromising. The western crusade against family ranges from clear antifamily laws, public propaganda and political agendas, to a more insidious war, such as by recruiting spies in every family, who serve as role models in society, by introducing scientific theories to justify this war or to mislead the society, such as the Evolution Theory or Psychoanalytic theory and other so-called scientific theories, and by introducing classes and school subjects that indoctrinate children against God and family ties.

Anyone who is genuine and sincere can notice the clear war of the western Secularism, whether it is called democracy, communism, or nationalism, on God and family ties. If you are a person who values family ties, who stand up for your family members and is ready to sacrifice for them, you are considered a problem by the system, and soon you’ll find yourself being a target of the system, even if you’re not aware of this fact.

Unfortunately, the West has gone even further to the extreme. The whole institution of marriage is being transformed into a marriage which is either fruitless, such as the same sex marriage, or politically a heavy burden. The natural and real marriage in the West, i.e., husband and wife, is restricted legally to the extent that in the near future people either will escape to remote areas in order to form a family or they will avoid it altogether. The war of the West on family is so rampant and the cases of victims are so many that it is hard to overlook.

In conclusion, the religion of Islam promotes unequivocally the belief in God – being conscious of God and involving God in every aspect of human life, and the maintenance of family ties as the only way to survive and guarantee a societal success by saying, “Surely, following the ˹heavenly˺ Record, We decreed in the Scriptures: “My righteous servants shall inherit the Earth.” [21:105], and the righteous servants are those who believe in God as well as they maintain family ties.

Secularism, on the other hand, promotes exactly the opposite: the removal of God from every aspect of life, and if needs be, ban it altogether, as well as it promotes individualism and treacherous family ties. Whether Secularism does this simply as a strategy of ruling people and maintaining its power, or because it is a devilish ideology, which calls people to the worship of Satan and its religion, little does it matter. All what matters is that this is an observable reality, that the war on religion and family which we all notice in the West is not sporadic; rather, it is part of a more organized ideology and war on religion and family; it is systemic and ideological.

Indeed, Secularism gives the best recipe for human self-destruction, as we are noticing each and every day, while Islam promotes justice, family ties as a natural mechanism of organizing the life on Earth, and fair economic transactions – based on no interest and exploitation. Islam has given the recipe of guaranteeing a societal success. Secularism is the king without clothes; we all see him, but we are afraid to speak up.