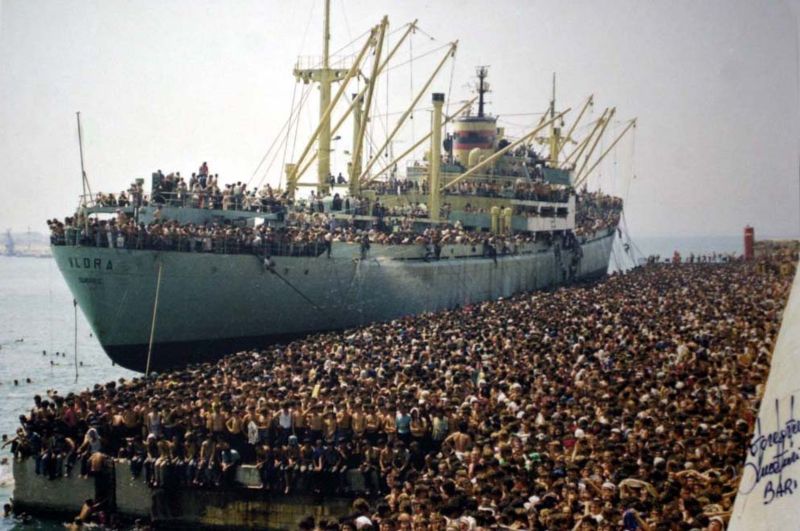 Tomorrow, on November 28, Albania celebrates its Independence Day. Supposedly in 1912, Albania was declared as an independent country, even though it was not clear what it was meant by Albania, what territories were included under that independent country, as well as there was no idea where the borders were going to be. Therefore, November 28, 1912, was a totally symbolic and almost meaningless declaration.

The concept of the country called Albania within the current borders was decided by the Conference of Ambassadors in London in the beginning of 1913, which was convened to deal with the future of Albania and other territories of the Ottoman Empire. So, this conference was more or less a meeting to prepare a strategy against the Ottoman Empire and Muslims in the Balkans.

In my view, the proclamation of independence on November 28 was not the result of an agreement among Albanians; rather, it was done under the order of the British Empire, which was to be followed by the London Conference the very next month.

What kind of independence were the few Albanians proclaiming in Vlora in 1912 when our territories were simply to be split, rather than united under one country. Within the current borders of the Republic of Albania, which were set by the British political architects during the London Conference of Ambassadors in 1913, include less than a quarter of those inhabited by Albanians, as well as they include maybe twenty percent of the Albanian population living in the Balkans.

Accordingly, November 28 is not a day of independence. By any definition, it is the day of division and loss. If there is a ship sinking and a quarter of people are saved while others are let to drown, no one would remember that day as the day of victory, but as the day of betrayal and mourning. That’s why a great majority of Albanians in 1910s didn’t even recognize any of such proclamations or the borders set by the British Empire in London.

Clearly, the proclamation of Albania – less than of a quarter of Albanian territories, as independent on November 28, 1912, was a political maneuver of the British Empire to implement its project and agenda against our imperial people who were part of the Ottoman Empire.

Besides, if we look into the political facts, such as the murder and execution of the thousands of Albanian people during the regime of Ahmed Zogu, the establishing of the terrorist regime of Enver Hoxha by the British Empire, the civil war of 1997 and the confiscation of the cash of Albanians in 1996-1997, the massive immigration and the confiscation of our lands by the Albanian Government, and the theft of our natural resources, we can conclude that 1912 was not the beginning of our independence, but the beginning of the British project against our people.

Facts speak louder than the massive propaganda of politics. November 28 symbolizes the occupation of Albanian territories by the British Empire.