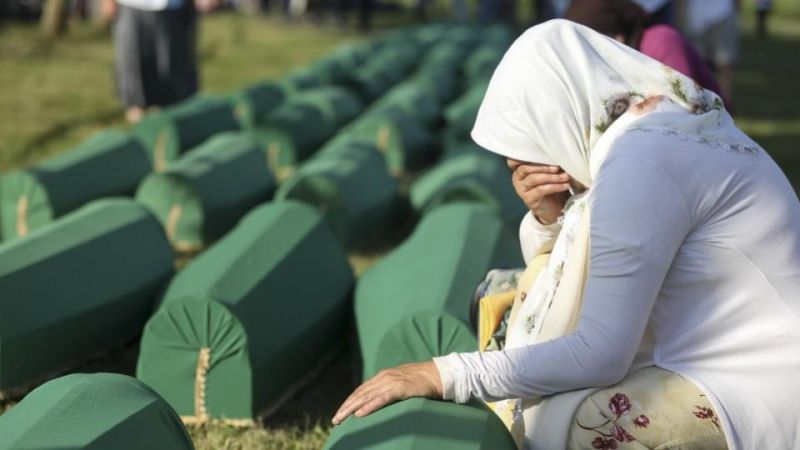 The last decade of the past century marked a bloodshed period for the European Muslims of the Balkans. Hundred of thousands of innocent Muslims, including women and children, were slaughtered and executed for the only reason that they were Muslims. The massacre of Srebrenica embodies the European betrayal. While Muslims of Albania, on the other hand, were executed systematically by the regime of Zogu and oppressed by the terrorist regime of Enver Hoxha, the Muslims in Kosovo and Macedonia were the last ones to pay the hefty price.

Indeed, the survival of Muslims in Europe has been a historical challenge. They have been a target of the old agenda to expel them from the continent. Regardless of the fact that the Islamic civilization of Spain, for example, had contributed vitally to the process of the civilizing the European backwaters, from 711 to 1492, the European Christians showed no mercy on Muslims. Not only were they driven out massively from the peninsula, but also those who couldn’t escape were forced to change their religion and identity in order to survive. It was unimaginable. The great civilization of Al-Andalus was crumbled by the European barbarians, who couldn’t be more intolerant and barbaric.

Islam and Muslims did survive in Europe, however. The Balkans became their new home, where the local population embraced the religion of Islam, as well as they welcomed many Muslims and Jews who escaped from the Iberian Peninsula. The anti-Muslim agenda of the uncivilized continent failed miraculously for five more centuries. The indigenous Muslims continued to live prosperously in the former territories of the Byzantine Empire.

As a matter of fact, the Muslims of the Balkans became a very important part of the Ottoman Empire, which was one of the greatest empires of human history and the last Islamic caliphate. Many Albanians, such as Sinan Pasha and the Koprulu dynasty, served at its highest level, that is, as grand viziers.

In addition, Muhammad Ali Pasha made history by becoming the governor of Egypt, Sudan, Levant, and Hijaz after having defeated the British and Napoleonic armies in Egypt in the 1800s. For the first time in history, an Albanian became the governor of Hijaz, which includes Mecca and Al-Madinah – the two holy cities.

WWI marked the end of the Ottoman Empire and the beginning of a bloody period for the Muslims of the Balkans. Once again, the agenda to free Europe from Muslims became more active than ever. Muslims were sieged and killed in Albania. They also were banished from their homes in Greece at the end of WWII. Muslims were killed in Bosnia and Kosovo in the 1990s. The pagan Europe is not done yet. Quite often we hear on the media the rhetoric of war by puppet politicians of the Balkans.

The US Government and the British Empire, as well as its European mercenaries and puppets, should not play with fire in the Balkans, including north Kosovo.