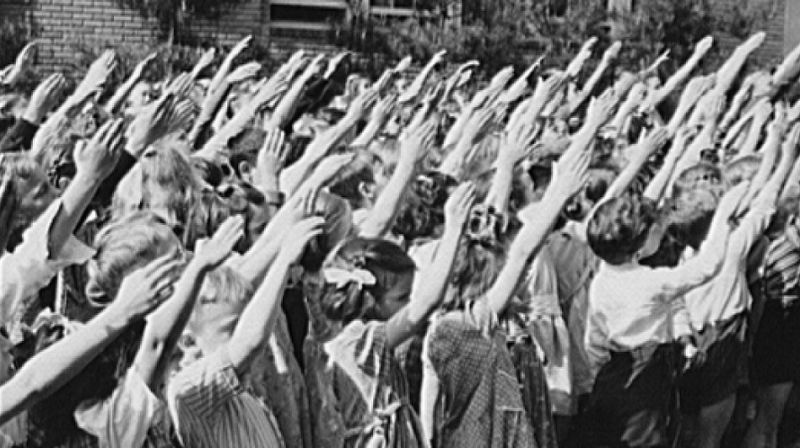 Traditionally, power was understood naturally, intuitively and inherently. It was not complicated. As long as there was a group of people living together, depending on and interacting with one another, there was a natural need for organization, which involved at the very basic level: a leader, the process of allegiance and a set of rules to be followed or a law; otherwise, there would be chaos.

Power always goes back to the authority of a single person, who is above all and whose verdict is final. The nature of people – every one having a unique brain, which can produce somehow a unique product, cannot allow them agree on anything effectively, hence, a final authority is needed. On the other hand, in order to avoid chaos and destructive claim for power, which would lead to self-annihilation of the group, people need to pledge allegiance to a person, that they accept the decisions and orders of that authority and that they are not going to overthrow them.

Allegiance is unique to human beings. It is a psychological as much as it is necessity on both sides: the leaders and the subjects. Whether allegiance is pledged formally or it is assumed or it is imposed on people, it always is there. There is no stable power without allegiance. While people, i.e., the subjects, might not be quite aware of the importance of political allegiance, leaders, on the other hand, know very well the importance of allegiance. They know that if people don’t pledge allegiance to them, they will subconsciously think of overthrowing them.

In the modern time, the concept of political allegiance has been distorted and altered, as well as it is deceptive. On one hand, leaders need the people’s allegiance – exactly as in the classical terms, in order to legitimize their power, but, on the other hand, they don’t like to take full responsibility which is stipulated by it.

The ambiguous political allegiance, in my view, is peculiar to the modern time. As if power is secret, our leaders don’t take responsibility, as if they themself have pledged allegiance to a higher authority.

The most common form of allegiance that people pledge to their leaders is the process of voting. So, as long as a good portion of the populace vote, i.e., pledge allegiance to that established form of power, it is sufficient to allow that power continue without resorting to other means of establishing the allegiance, such as force and repression.

This is the reason why the established power, which falls in a bigger scale under the British Empire, encourages citizens to vote, not because they care about which political party wins – in the end, they all are one, but they care of the political allegiance. There are cases when there is political elections with one party only because it needs allegiance.

Voting is a pledge of allegiance, but in an unfair and deceptive way.