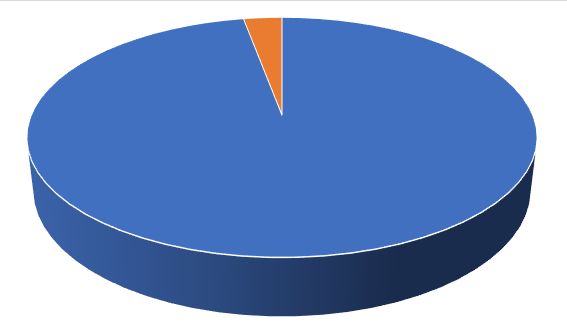 When I say 3 percent, I’m referring more precisely to a tiny minority of the Muslim population, which, nonetheless, is mathematically measurable.

In my view, human population always – regardless of race, place and time, consists of natural categories, each of which has a functional role and whose distribution is more or less regular among all societies. Biologically and from an engineering perspective, I believe this is measurable, and each group role can be identified and whose functions can be determined.

Human population can be divided into categories such as men, women, children, biologically mature, strong, weak, people with different temperaments, and different levels of IQ. If we take any sample of human population anywhere in the world, I believe it consists of the exact categories because each society, in order to exist and function naturally, it needs different types of people: workers, managers, thinkers, people with different temperament, smart and not very smart people, leaders, judges, police officers, engineers, doctors, etc. So far, I am not talking of human professions, but of natural categories of people. People are not the same; otherwise, a complex human society cannot function. For emphasis, it is very important to keep in mind a natural organization of human society in order to even better understand professions and politics.

In this regard, I believe that among all possible and natural categories of people, there is a tiny group, which I would call “the-political-threat” category, who might have the following qualities: men, who have a certain level of IQ, who have a natural disposition of and an inclination towards leadership and protective measures for their society, who have a non-emotional and unchangeable temperament, and who are resilient and with strong character.

All categories are important in a society and have their role, but in order to conquer and control a group of people, it must be started with eliminating the-political-threat category. If we remove women, children, the elderly, the mentally challenged, those with low IQ and with emotional and changeable temperament, it will remain a very small group, that is, the-political-threat one.

In the case of Muslims, who, it is not a secret, are defeated and conquered by the British Empire and the US Government, it is this tiny group who are the number one target because it is their natural role to reject the occupation more than others. For this reason, the US Government and the British Empire, in cooperation with their Muslim agent leaders, aim to eliminate this group: by killing and imprisoning them, by demonizing and stigmatizing them, by targeting them one by one, and by often shipping them to deceptive wars, such as Syria, in order to kill them. The main point of the British Empire is: this group should not made be aware of the fact that they are singled out in order to kill them one by one.