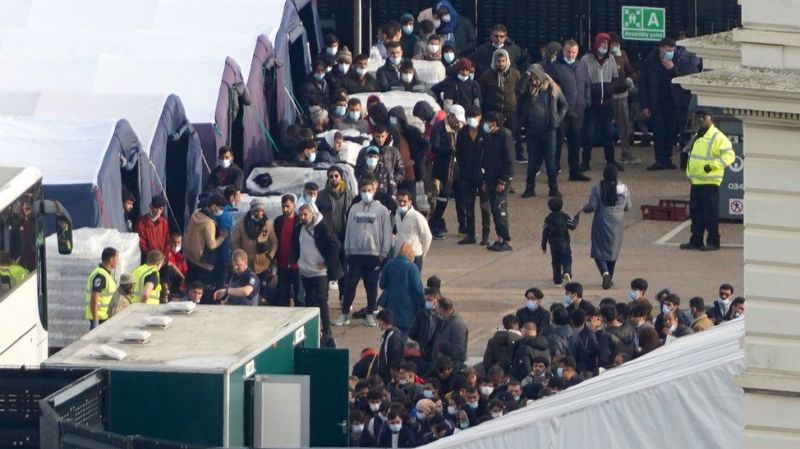 You’re not alone; the whole political system of the British Rule, which controls the entire world, is founded upon injustice and exploitation.

Remember that we have a very beautiful country, rich in natural resources, rich in hydropower, and rich in arable lands. Our country is a Mediterranean country. You might be poor in Albania, but you have freedom and dignity. At least, there is no terrorist CIA agents and barbaric British spies who is going to tell you, “go back to your country.”

In Albania, you don’t need to thank anyone, except God, if you believe in God. You don’t need to be thankful to barbarians and immoral spies of the CIA and the terrorists of the UK.

In your country, there is a better future, even though it might appear difficult. In the streets of the corrupt UK there is no future.

Don’t sleep under the bridges of London. Go back to your county. Build your country. Don’t allow yourself to be exploited by barbarians, by immoral spies. We have a beautiful country.

The UK, Canada, the USA and the likes, are the example of injustice, of spy regimes, of agents and spy judges, of corrupt courts, of a broken legal system, of exploitation and oppression, of mafia system and human degradation.

We have a very beautiful country and we have the capacity to build our country.

It is enough to mention the amount of water that we have, that God has blessed us with.

In Albania, it might be difficult, but it is our country. Yes, our judges are British spies, too, but we can address this issue.

The future of Albania starts by changing our mindset, by fighting against the legal system, by cleansing our country from the British barbaric laws, by considering every single judge in Albania as a British spy and a CIA agent, by considering judges are the biggest obstacle to the development of our country.