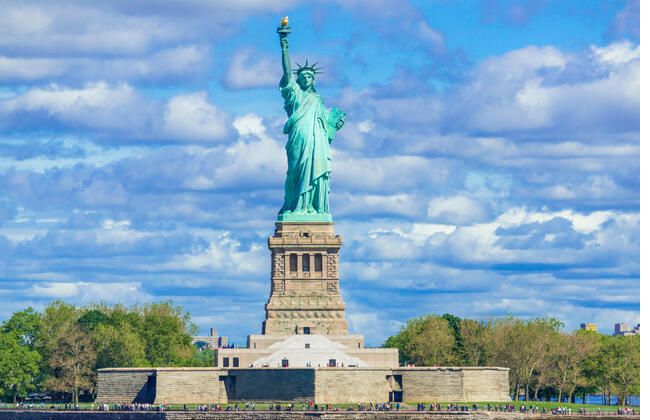 In order to achieve its paramount objective, that is, to bring down the Ottoman Empire and subjugate Muslims, the British Empire made a big promise: freedom. As undefined as it is, still it had a considerable effect. Many Muslims who were experiencing corruption and injustice from their own rulers were ready to cooperate with the British Empire in exchange for more freedom and more justice.

The idea of freedom and liberty was so powerful and appealing to the extent that even the religion of Islam itself was doubted by many, especially by fools and shortsighted people.

Not only did the British Empire bring down the Ottoman Empire and subjugate Muslim lands, but it managed to occupy the whole world. The last three quarters of the 20th century were dominated fully by the British Empire. It had all the time and the political capability to present to the world its political ideology. There was nothing to prevent this empire from implementing its ideology and bringing freedom – the main promise – to the world.

Today we have all the right to hold accountable this empire, even though it has changed its name, its shape, and its façade. We have the legitimate right to ask one simple question: “Do we have more freedom today?” In this regard, Muslims have been abashed, criticized, and put down because they follow a religion which does not grant people freedom, as the British Secularism does. Today, the facts speak louder than words.

The British Secularism has lied to us. It has deceived Muslims. It has fooled people around the world. It has played with people’s feelings. It has victimized many, misled others, and disappointed all those who somehow believed in the British promise. The British Empire did not deliver its promise about freedom.

The world today – which implements exactly the British Secularism, faces a governmental control that has never been imagined before. Today we have more laws than ever before , more regulations, more rules; we pay more taxes, and our privacy is totally invaded. The amount of legal acts and laws that we have today compared to a century ago is probably a hundred times more.

Is this the freedom that the corrupt British Empire has been talking about? Laws and only laws, and a corrupt judicial system? The freedom of thousands of laws. This is a shame.