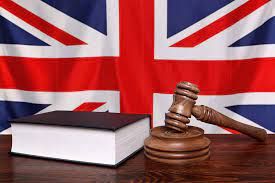 In order to understand whether a law or legal system is just or unjust, good or bad, fair or corrupt, the best way is to approach it by analyzing its goals and objectives. When laws and legal acts are formulated by the experts of justice and passed by the legislation branch of the government, they are made to achieve certain objectives and push ahead political agendas. Whether the judicial goals and political agendas are written in the constitution or not, whether they are explicit or not, that is our job to figure it out. Only then we will be able to say if such objectives are fair and whether they are achieved or not by the laws of that country.

To put things into perspective, one of the major objectives of the Islamic law, for example, is the preservation of the five necessities: religion, life, mind, lineage, and property. Therefore, the Islamic legislation – the criminal code, the civil law and the moral values, aim to achieve these primary goals. For instance, alcohol is prohibited because it harms the brain.

By comparison, if we look at the British secular goals, we will find a completely different situation. Regardless of the fancy terminology and bombastic words and massive body of laws, the fact the of the matter is that there is a lot of confusion, ambiguity, propaganda, unclarity, and above all, they lack clear objectives which people can use as a criteria to evaluate laws.

What I’ve personally noticed is that the British secular laws, which are applied almost everywhere in the world, are made to achieve certain objectives and push ahead political agendas that are not clear to people. This is the first red flag. Objectives should be very, very clear to people; otherwise, governments can abuse, as it is the case of all secular governments, especially in the West.

Speaking of preservation, technically the British secular laws seem passive. They simply give the right, such as the practice of religion, or it recognizes family as the basic unit of society, but there are no specific goals mentioned to preserve it or not. Sometimes, legal goals are articulated in a very broad and undefined way, such as freedom and human rights, which can be defined by governments in accordance with their political agendas.

There is one specific objective, however, which is noticeable, that is, the preservation of power. In my view, almost all the British laws – criminal and civil code, are made to preserve primarily the political power of the establishment, such as the British monarchy and the ruling elite.

That’s why laws are changed and amended frequently in order to consolidate power. Family laws, property laws, criminal laws etc. first and foremost should serve the purpose of power preservation, not the preservation of respectively family, property and other fundamental rights, such as life.

This is by far one of the biggest problems and hypocrisies of the British Secularism.

THE BRITISH LEGAL SYSTEM: A SYSTEM OF TRAPS AND DECEPTION