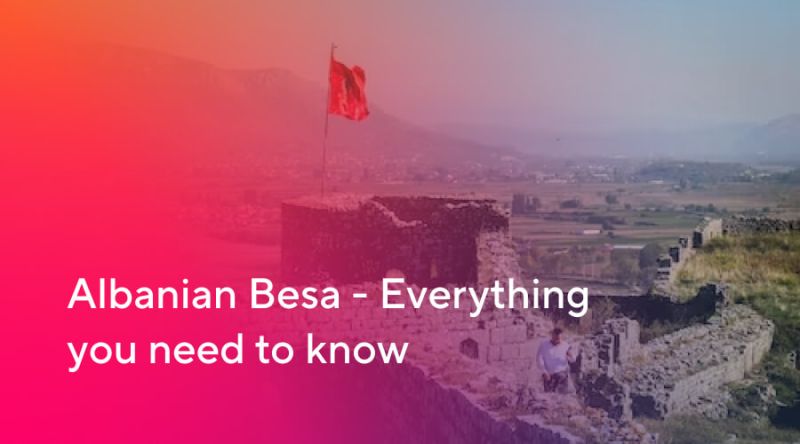 In Albanian language, the word ‘besa,’ pronounced /besa/, denotes exactly the concept of offering protection to someone. For example, if I say, ‘you are in my besa’, it means that I will protect and I will not betray you. Definitely, this is a religious concept, which exists everywhere in Muslim countries. However, there has been a political and a journalistic trend in Albania to emphasize this concept as a distinct feature of Albanian people.

It could be true that Albanians could have had some special qualities, and this could have been the reason why they were promoted within the Ottoman Empire. Legendary figures, such as Muhammad Ali Pasha – the ruler of Egypt, who made history by defeating the French and British armies in 1800s, established a good reputation for the Albanian people within the empire.

Nevertheless, after the occupation of the Balkans, including the current territory of Albania, by the British Empire and the fall of Shkodra, Yannena and Saloniki in 1912, this marked the beginning of a difficult time for Albanians – those who had humiliated the British barbarians a century before in Egypt. In order to maintain the occupation, naturally the British enemy needed to eliminate the old elite and whoever did not surrender to this barbaric occupation.

Apart from wars, such as WWI, the so-called revolution of 1924 and WWII, which were a good opportunity to kill all the wanted Albanians, the regimes that were installed by the British barbarians have used another effective strategy to catch and murder many men, and that is, betrayal and backstabbing. Commonly, people would seek protection from a relative, but they were handed over to the government and murdered.

So, after the British occupation of 1912, there was no ‘besa’ anymore, yet it was promoted by the government in order to deceive the wanted people and seek protection, so they can be caught by the police and killed. This is the reason why politicians and journalists mention ‘besa’ so much, to cover up the exact opposite: family betrayal, backstabbing and espionage.

In short, the first thing that the British barbarians did when they occupied our land in 1912 is the abolishment of the concept of besa. In fact, offering protection to someone is a crime under the British law. If there is a system that promotes betrayal and backstabbing the most, including family betrayal, that is, the British Secularism.

The truth of the matter is that the British barbarians have abolished ‘besa’ and everything related to it everywhere in the world.