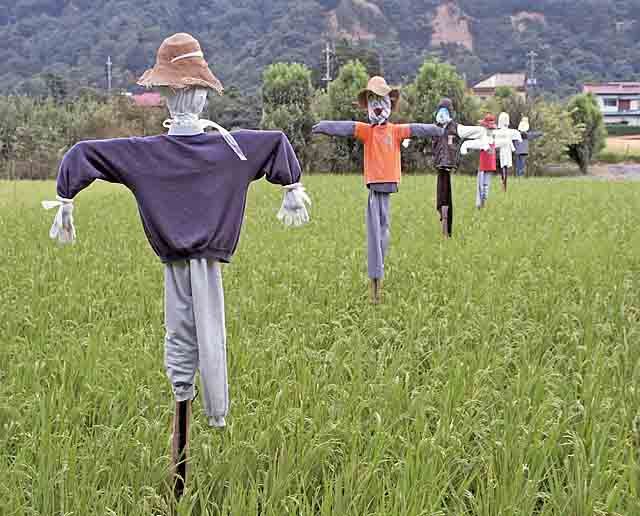 First, it has invented the concept of political parties, which take political blame, but no one is held accountable.

Second, it has invented the concept of the separation of powers, which seems good, but, in the end, it is all about avoiding blame-taking. No one takes the blame. When a branch of the government is blamed, it points the finger at another one – as a distraction for us, while the British Monarch remains clean all the time – the true power.

Third, it has invented political scarecrows, such as secret societies, NGOs, Zionism, Rothschild, Soros, the rich, the owners, the bankers, the corporations, the greedy CEOs etc., while these organization are not official. Zionism, for example, does not have an office. Also, the owners don’t have an army, they don’t have weapons, they don’t have an official organization. Blaming them is the same as shooting at scarecrows. We think that we are shooting at the right target while actually we’re wasting our time with scarecrows.

Instead of blaming those who are actually responsible for crimes and corruption and injustice, such as the British Monarch, governments, prime ministers, and judges, the British Secularism tells us to blame the owners, the bankers, Jews, Zionists, Rothschild, meaning, scarecrows. Sometimes, they even suggest to blame “them,” without even defining exactly who; they just say: them, them.

It is a smart idea. That’s why the British Empire has been so successful so far and it continues to rule the world with an iron fist.

It is so amazing that the idea of avoiding responsibility and blame taking is reflected also in the micro level, in all of those who have adopted this British religion. Based on my personal observation, Secularists are typically known for never taking the blame for anything while they are the first ones to claim credit for everything. It is absolutely mind-blowing. The British Secularism teaches people to never take the blame for anything.

Islam is diametrically the opposite. Islam teaches us that what made Adam – the father of humanity, special in the eyes of God was that he took the blame for his sin while Satan did the opposite, to the extent that he even blamed God Himself for his sin.

Saudi Arabia imprisons Muslim scholars and intellectuals on orders from the US, and UK Governments