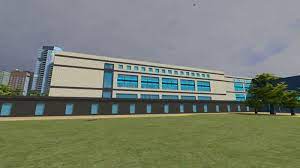 If a government cooperates with the private corporations and businesses, or the top level of the government cooperates with governmental employers in order to oppress and mistreat employees, as a form of political oppression, should be considered an act of state terrorism. Governments should refrain from such terrorist acts. The government, no matter how oppressive and anti-human rights may be, is supposed to protect citizens, not be the main obstacle and the main threat to their lives and their prosperity. These are clear acts of state terrorism.

And I am not talking about some dictatorship countries of Asia or the middle east. I am talking about some western countries which claim to be the top democratic ones, in their appearance of course. For such immoral and anti-human rights governments, governments that in the past have caused one of the most heinous genocides – by murdering children, raping women, destroying families, mass murder of children, it is not enough to use judges for political oppression; they extend their vicious and immoral actions to the employers and the private business.

While the actions of such genocidal and immoral governments reach the level of terrorism, it is a shame on every judge, on every governmental official who gets told by the politics what to do, and every private business owner or employer who obeys the illegal orders of the government for oppression and mistreatment of employees. Shame on such immoral and corrupt governments, which claim to support democracy around the world, while at home they are just as oppressive and horrible as the governments they claim to scorn.