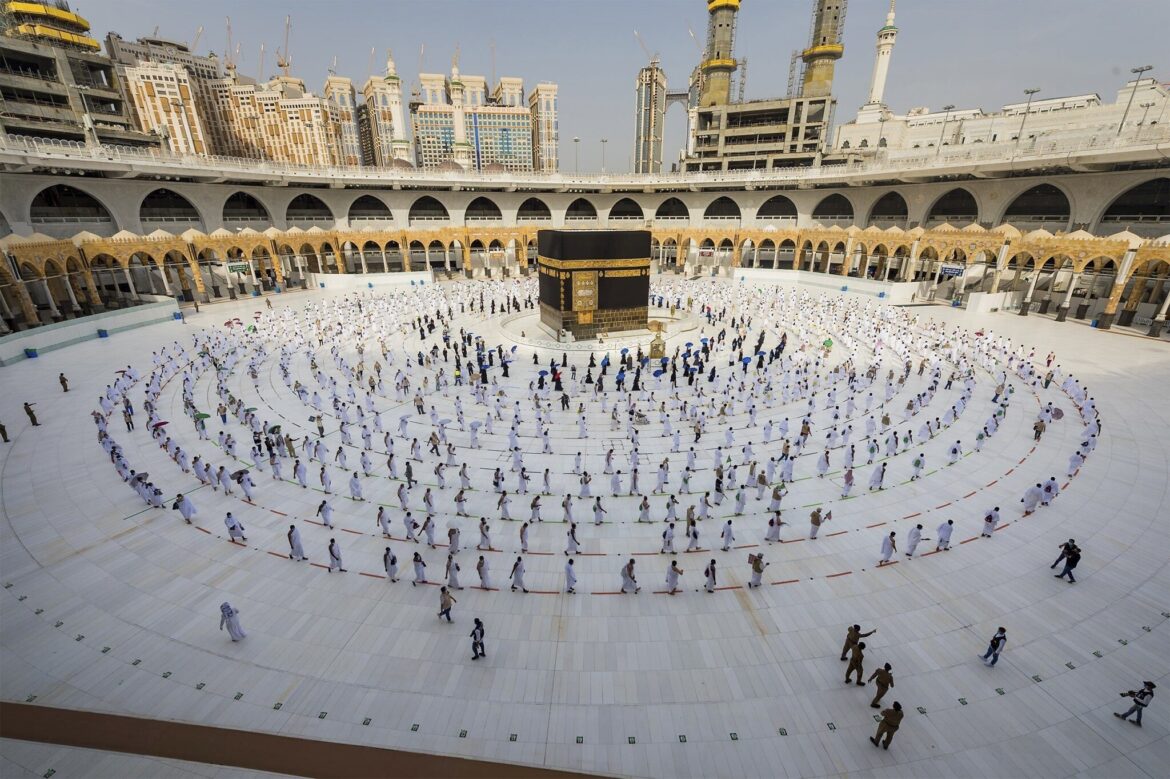 Whereas Muslims around the world have been persecuted, oppressed, killed, murdered, horrified, discriminated, maimed, their lands have been stolen, their natural resources have been exploited and taken possession of, their fundamental rights have been violated and oppressed and their safety and future have been put in question by the Mighty American Empire and its aggressive predecessor the British Empire, with a near unanimous approval of the European countries, since the fall of the last political shelter of the Muslim Ummah, that is, the Ottoman Empire, on March 3, 1924, I call publicly upon the Custodian of the Two Holy Mosques and other Muslim leaders to act now before it is to late.

Saudi Arabia is the land of the Two Holy Mosques in Mecca and Medina. The pilgrimage to Mecca is one of the five pillars of the religion of Islam while visiting it voluntarily is much encouraged. These two places are dear to all Muslims and venerated by them. They belong to any Muslim around the world as much as they belong to a Muslim who happened to live in the Arabian Peninsula.

Apart from its spiritual and religious importance to Muslims, God has made these two holy mosques a great sources of income for their permanent residents, as God had promised to Abraham when he and his son Ishmael erected the walls of K’abah. Therefore, Muslims have a right upon that land, also, because they contribute substantially, and this is an obligation of them, not a favor to Saudi Arabia.

God also blessed the Peninsula with oil, which is the fuel, literally and symbolically, of the engine of the modern economy. It happened to be in your land – a land that is our land, I mean, of Muslims. The Modern economy in its entirety depends on oil.

Thus, we Muslims should do the same. Saudi Arabia should immediately stop selling oil to the western countries until they hold accountable all the war criminals, put an end to their long-going wars and animosity against Muslims, and give them full rights in the West.

Saudi Arabia, which administers the Two Holy Mosques – among others, a good source of income, must not fuel the war machine that has been killing Muslims; it must not supply with oil countries that oppress Muslims. Saudi Arabia should not subsidize the aggressive, illegal and immoral wars of the West in the Muslim lands, by killing women and children, by causing massive starvation and human catastrophes. The western countries respect no common rules when they go to war. They’ve been acting in the most barbaric way.

King Salman, act now, for the love of God. Be on the side of truth and justice.