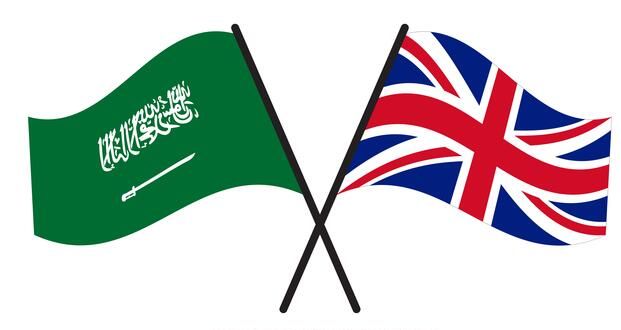 Whenever an argument about the oppression that Muslims are facing worldwide is made, the case of Saudi Arabia comes up. “Look at Saudi Arabia,” say many, “it implements the Islamic law, it supports Muslims abroad, it has Islamic universities where even students from other countries can study, and most importantly, it teaches and spreads the most correct form of Islam, which singles out the importance of monotheism.”

This is a valid argument. No one denies that Saudi Arabia is a very important Muslim country, and all it has done for Islam and Muslims. However, my point here is not Saudi Arabia per se, but I simply want to know if it has managed to outsmart our enemy. If the answer is yes, then at least there is hope that Muslims in other countries can do so, and live freely – free from the oppression of the barbaric secularism.

Nevertheless, let’s look at some historical facts and today’s political reality. After WWI, when the British Empire was at its peak, it brought down the Ottoman Empire – the last Islamic caliphate. Contrary to what they had promised to many Muslim tribes, typically traitors in the Arabian Peninsula, the British Empire subjugated all Muslims and came up with a new political scheme in order to control the Islamic world. It created a new administrative unit called nation-state, which was granted not political and military, but only administrative independence. Among some 60 Muslim territories, Saudi Arabia was one of the most important ones.

Another important fact is that the mission of British Empire was not simply to bring down the Ottoman Empire, but to oppress Muslims around the world, to steal their resources, to exploit them, and to make sure that they will never be able to fight for freedom. In short, the objective of this barbaric empire was to wipe Islam out. The last century is filled with evidence which supports this.

Certainly, the British Empire didn’t allow Saudi Arabia implement Islam more than others simply because the latter outsmarted the enemy, but it seems it was merely a strategy. The Islam that Saudi Arabia has promoted, including monotheism as a vocal feature, has been colored with nationalistic nuances. For example, it has adopted one of the two valid opinions on women’s niqab and it has imposed it on all of them uniformly. This is just one example. It is very subtle, but, in my view, Saudi Arabia has implemented many things recommended by the British enemy, such as coloring Islam with the poison of nationalism. That’s why we see that it is crumbling today.

So, No!, Saudi Arabia has not outsmarted the enemy, but it has served as stepping stone for the British barbarians to pave their way to cement the subjugation of Muslims forever. Strategically, the British enemy has given some Muslims more freedom, but on conditions: to betray others. Saudi Arabia does not serve as a case to prove that the British enemy is not fighting us. It is a misleading case.

The diagram of the ideological landscape of the world