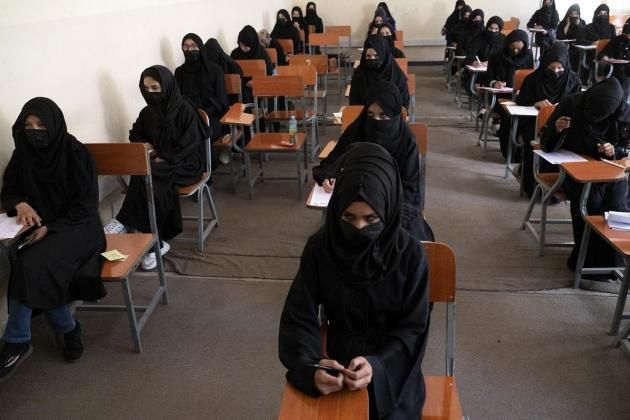 According to western governmental controlled media, the Taliban Government has banned Afghani women from universities until further notice. The decision has sparked reaction and condemnation; however, hardly anyone speaks about the uselessness of universities. For this reason, I would like to share my opinion given that it is a topic which concerns us all.

I hope that we all agree on the fact that university as an educational institution has played a central role in the advancement of human civilization. In fact, the Islamic civilization had a pioneering role in formalizing and standardizing education from elementary to university level, where women were as much beneficiaries and contributors as men. So, no one in the right mind denies the importance of education, especially Muslims who are explicitly encouraged in Quran to seek and increase knowledge, “and pray, “My Lord! Increase me in knowledge.” [Quran 20:114]

On the other hand, we also agree that people go to universities to complete their education in order to learn a profession, so they can be able to find a job. We sacrifice a good portion of our life and spend a good amount of money as an investment for our future. Rare are those who pursue higher education for other reasons. If so, they are an exception, not the rule.

Based on my personal experience and the experience of many other people who I know and have contact with, university degrees for the most part don’t guarantee a job anymore. Students spend the best time of their life chasing a certificate that more often than not has no more value that a decorated piece of paper.

The truth of the matter is that the primary function of universities nowadays is to keep people busy, distracted, make them waste their best time of their lives, get loans and start the life with a big debt. In addition universities are designed to control and brainwash people, lock them up in a box, and expose them to the most dangerous forms of propaganda. Universities are places of propaganda and mind control. Technology and AI have rendered university degrees useless and redundant.

Governments need people to go to university not to learn a profession, but to have access to them and brainwash them, as well as render them vulnerable with all that debt and waste of time and money, which makes it very easy for the system to control them.

Universities are useless as long as they don’t’ guarantee a job.